Taapsee Pannu and Bhumi Pednekar's recent film, Saand Ki Aankh, has become a success at the box office. Which is why a success party is being held today.

Taapsee Pannu and Bhumi Pednekar recently featured in the biographical drama Saand Ki Aankh. The film released on October 25, 2019, and was a portrayal of the real-life stories of Prakashi and Chandro Tomar, two of the oldest female Sharp Shooters in the world. The movie was directed by Tushar Hiranandani and managed to be a modest success at the box office. To celebrate the film's successful run, Taapsee, Bhumi and other members of the cast and crew of Saand Ki Aankh have gathered together today on November 21, 2019, for a party.

Taapsee and Bhumi's look during the party

Taapsee Pannu joined the party wearing a brilliant eye-catchy top. Her multicoloured sequined top only has one shoulder and has a tapering asymmetrical neck. She is also seen sporting a simple black trouser. Bhumi, on the other hand, is wearing a simple red dress designed with white stripes that have a black outline. The director of the film, Tushar Hiranandani has also been spotted at the event and is dressed in a simple golden kurta. Check out the pictures of the two leads and the director that were taken as they were entering the party. 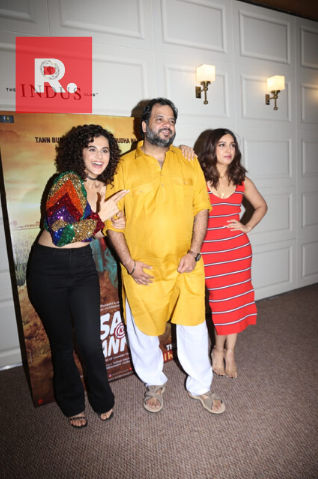 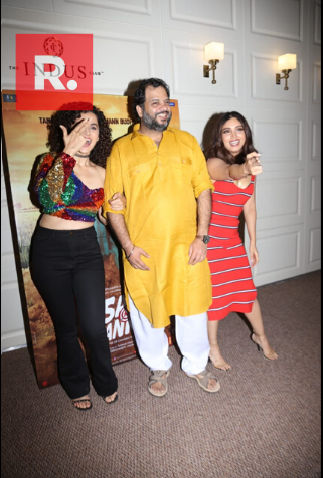 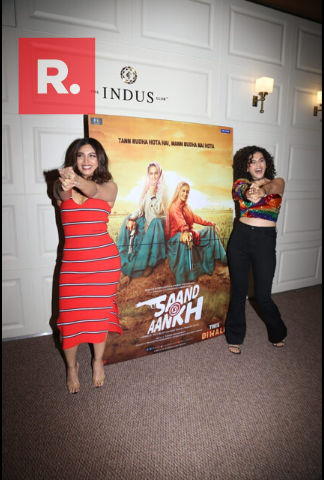 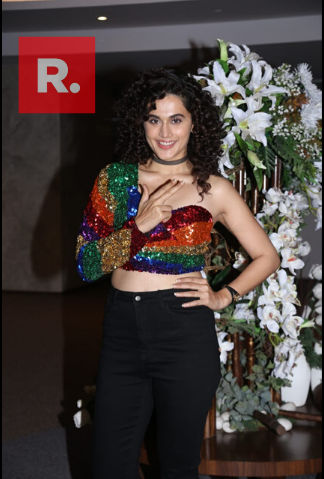 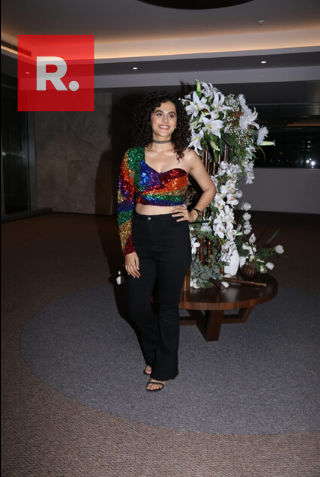 At the event, Taapsee commented on the film's success and said that Saand Ki Aankh is like a tortoise that was winning a race between two rabbits. The film was praised by critics for its themes as well as for Taapsee and Bhumi's acting. However, the film was not without its controversies, with many disliking the fact that the roles of Chandro and Prakashi Tomar were not played by actual elderly actors.