Tahira Kashyap Reveals Her Lockdown Look; Ekta Kapoor Says She Is The Next 'Dream Girl'

Bollywood actor Ayushmann Khurrana’s wife Tahira Kashyap revealed her lockdown pigtails. However, it was this comment that took away all the attention.

Many Bollywood actors and celebrities are currently staying indoors amid the nationwide lockdown due to the Coronavirus outbreak. This has also resulted in several film release dates being pushed ahead. Many celebrities have been encouraging their fans to stay indoors as well. Bollywood actor Ayushmann Khurrana’s wife Tahira Kashyap has taken her fashion and style too seriously during this time. Here’s why:

Actor Ayushmann Khurrana’s wife Tahira Kashyap recently took to social media to share a selfie with her fans. She shared a picture of herself donning two pigtails. She even tried to hid her face with her palm and it is too adorable.

Tahira Kashyap also mentioned in the caption that it is not looking like a ponytail but still has some significance. She went on to say, “I am so embarrassed that I want to share” while explaining why she has covered her face. She also added, “They don’t qualify to be ponytails, par baat kahin tak toh pahunchi hai”. She also mentioned how this is her lockdown look at home nowadays.

However, it was the comments section under this post that took away all our attention. Television producer, Ekta Kapoor mentioned that she found Tahira Kashyap’s hairstyle to be too cute. She also mentioned how Kashyap is the next potential “dream girl”. Nushrat Bharucha kept teasing Tahira Kashyap to show her face by saying, “Hahahhahahaha!! Dikhao dikhao shakal dikhao”. Even Ayushmann Khurrana’s Vicky Donor co-star commented, “So cute”.

Take a look at the comments here: 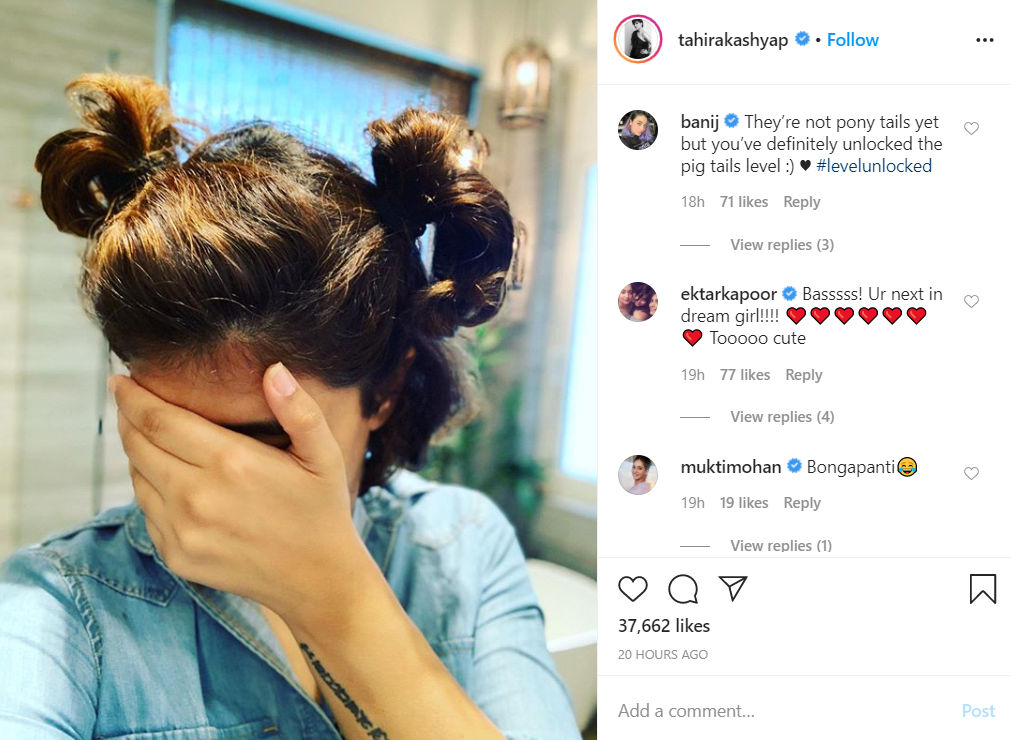 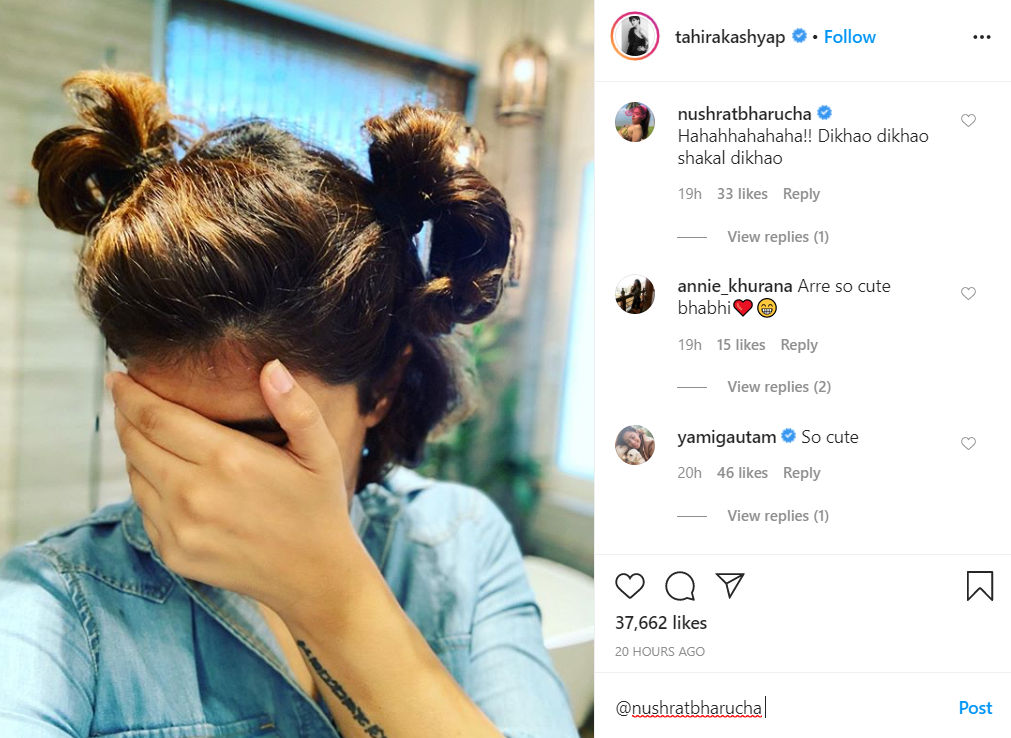