Twinkle Khanna Shares Her Fondness For Books, Starts A Challenge For Fans Online

Twinkle Khanna recently started a challenge online where she shared the picture of Roald Dahl’s book titled Matilda and asked fans to watch the adaptations.

Being an avid reader and a book lover, it seems that actress Twinkle Khanna is spending her quarantine period reading all varieties of books. The actress recently started a challenge online where she shared the picture of Roald Dahl’s book titled Matilda and asked fans to read the four series of the books and then watch the adaptations so that they can discuss it.

The actress, who is a well-known author, newspaper columnist, interior designer, movie producer shared the book cover on her Instagram page and asked her fans about how many books from the series have been read by them. She captioned the picture and wrote, “ Matilda, all of four has an impressive reading list. How many books have you read from this list? An experiment I am trying out involves reading the book and then watching the adaptation with my family so that we can all talk about it, readers and non-readers. Give it a shot #Matilda.”

This is not the first time that Twinkle has expressed her love for books. Earlier Twinkle shared a post on Instagram, where she spoke about the fun of reading together with a friend or loved one. In the caption, Twinkle Khanna states that there is nothing better than lying down next to each other, while engrossed in one's own book. She added that despite reading different books, the two readers are still together, enjoying each other's company.

As soon as she shared the book, several fans of the actress stormed the comment section with their reviews on the book. One of the users wrote that this book is also favourite for her 6-year-old daughter and she also expressed her fondness over the adaptations. Another user shared that this book is also one of his favourite ones and even thanked the star for sharing it on social media. A third user chimed in and explained a probability of a Bollywood film on the adaptations. Another user wrote, “We are Roald Dahl gluttons.” 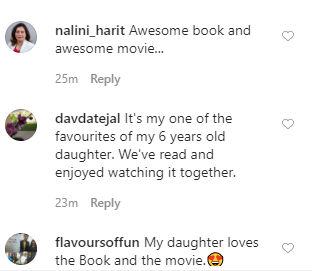 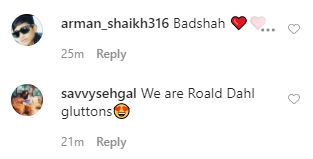 Read: Twinkle Khanna Shares Her 'Simpsons' Avatar, Says It 'really Brings Out The Crazy In Us'

PEOPLE HAVE PLEDGED SO FAR
LATEST NEWS
View all
1 hour ago
Huma Qureshi starts her own quarantine series, Sonakshi Sinha is all praises
1 hour ago
Sonam Kapoor says 'lounging on bed' is her favourite thing amid lockdown, shares a picture
2 hours ago
I put out a word everywhere that I am ready to work: Sushmita Sen
1 hour ago
Anushka Sharma shares happy post leaving husband Virat Kohli in awe; see pic
1 hour ago
It was liberating to work on a film like 'Choked', says Saiyami Kher