Unseen Picture Of The Day: Dharmendra & Rajesh Khanna's Smiling Faces In One Frame

Recently we came across one Rajesh Khanna and Dharmendra's photo. Read further and check out the unseen picture of the two iconic Bollywood stars.

Many fans bombarded the Instagram page with comments. The IG post received over 1k likes on it. One of the users wrote, "How lovely ðŸ˜Š did they ever do a movie together? Loved multi stars in 1 movie ðŸ¿". "Wow! Great legends! ♥ï¸♥ï¸ðŸ‘ðŸ‘", a fan wrote. Other comments were also filled with love and praises with heart and flower emojis. Take a look at some comments on Rajesh Khanna and Dharmendra's photo. 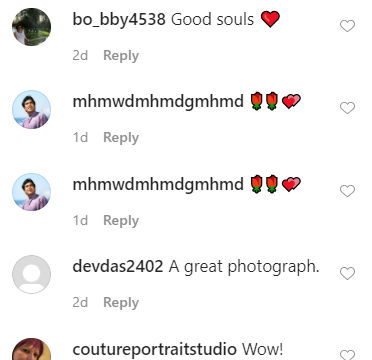 Recently, Dharmendra shared an unseen picture of Raj Kapoor and Nargis. In the now-deleted post, the picture showed Raj Kapoor posing for the camera while Nargis was captured candidly smiling looking towards Raj Kapoor. In the monochromic pic, the duo was seen donning trenchcoats as they stood in front of Stratford court. Dharmendra cherished the old golden era of Bollywood as he wrote, “Woh din ......Dharm.....Andaaza.....Woh.....lot ke na ayenge ......Ek Aah....”

Fans went gaga over the post and praised Dharmendra for the picture. Fans also reminisced memories of the retro era of Bollywood. Raj Kapoor and Nargis have done more than ten films together including hits like Aag, Awaara and Barsaat. Their on-screen chemistry was widely loved by the audience.

Also Read | When Selena Gomez Had Made Fun Of The Black Lives Matter Movement; Read Details