Varun Dhawan has also shared a video giving fans a glimpse of how the monsoons have made his surroundings look like. Watch the video here.

Monsoons have officially begun in India. Many Bollywood celebs are sharing videos and photos of how things look around them during this season. Among the many celebs, Varun Dhawan has also shared a video on his Instagram stories, giving fans a glimpse of how the monsoons have made his surroundings look like. And seeing the video, fans are sure going to fall in love with his surroundings.

In the video, one can notice the plants and trees outside Varun Dhawan’s home. One can also see the beautiful bougainvilleas, coconut trees and many other plants near his home. The sound of rain and the breeze hitting the trees can be seen and heard in his post. Check out a few glimpses below. 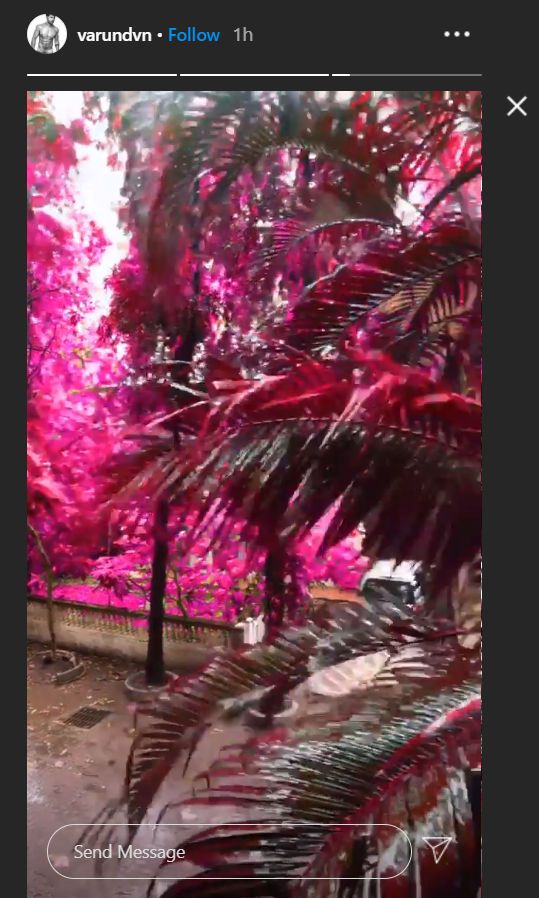 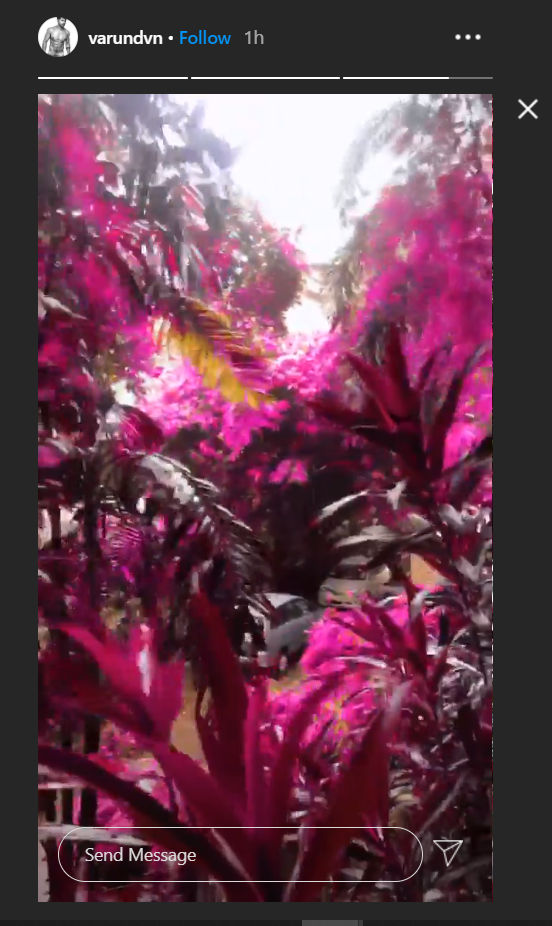 Apart from this post, the actor also goes on to share several posts keeping fans entertained. Varun Dhawan has been sharing throwback posts, workout posts, and also giving glimpses on how he is spending his time during the lockdown. The actor recently shared a throwback picture sending fans into a tizzy.

In the post, Varun Dhawan can be seen striking a stunning pose in the shirtless monochrome picture. He can be seen wearing blue jeans and he also opted for a messy hairdo, well-shaped beard and minimal makeup. Seeing this post, fans could not keep calm and went all gaga over it. Fans praised him for his intense looks and also commented on all things nice.

Apart from his fans, his friends and co-stars from the industry commented on the post. Other Bollywood celebs like Ileana D’cruz, Manish Malhotra and many more left sweet comments on the picture praising Varun. Check out the post here.

Varun Dhawan will next be seen in his dad, David Dhawan’s film titled Coolie No. 1. The film is a remake of the original Coolie No. 1 that starred Govinda in the lead role. In the new film, Varun Dhawan will see sharing screen space alongside Sara Ali Khan. The posters of the film have already begun to create a buzz among the fans and audiences. Apart from that, he will also be seen in Shashank Khaitan’s Mr Lele. Both of these films have gotten fans eager to watch him on the big screen.

LATEST NEWS
View all
10 hours ago
'Doesn't give your father license to throw chappals': Kangana hits back at Pooja Bhatt
7 hours ago
Anusha Dandekar posts late wish for Ranveer Singh's birthday, watch the hilarious video
7 hours ago
Hansal Mehta, Rekha Bhardwaj react to KRK's post on his early life in a village
8 hours ago
Sushant Singh Rajput & other celebrities' lookalikes who will leave you shocked, See pics
8 hours ago
Kartik Aaryan's apartment in Mumbai is full of style and class; See pics inside