Vidya Balan shares a gorgeous picture of herself clicked by celebrity photographer Dabboo Ratnani. Here is more information about it. 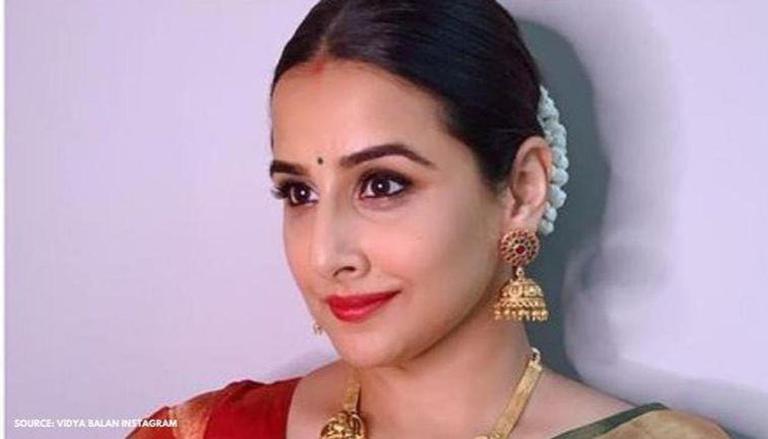 Vidya Balan took to her Instagram handle and shared a photo clicked by a celebrity photographer, Dabboo Ratnani. The actor has a huge fan base on social media, where she keeps her fans updated with her pictures and videos of herself. The post started doing the rounds on social media with fans reacting to it as soon as the post went up on social media.

Vidya Balan was seen in a beautiful red dress as she left her hair open with her hair parted in the middle. The actor wore minimum makeup and few accessories like golden earrings and layered chained necklace. In the caption, she gave credits to the photographer, makeup artist, hairstylist and her stylist. Check out the picture posted by Vidya Balan posted by the actor on her profile below.

The picture of Vidya Balan was very well received by her fans who flooded the post with numerous comments and reactions. A number of people flocked to the post and expressed how much they miss watching her on the screen. Several other fans of the actor wrote in the comments that they loved and enjoyed watching her in her previous film. Check out some of the fan comments on Vidya Balan's Instagram below. 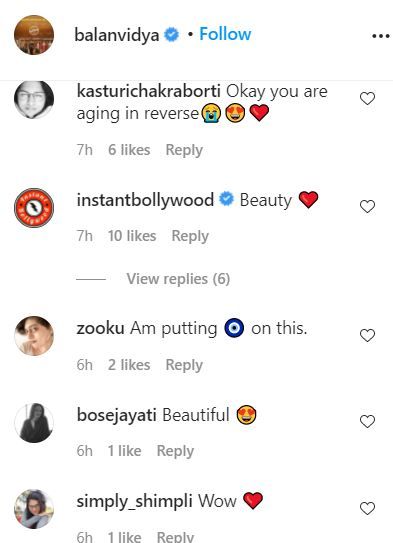 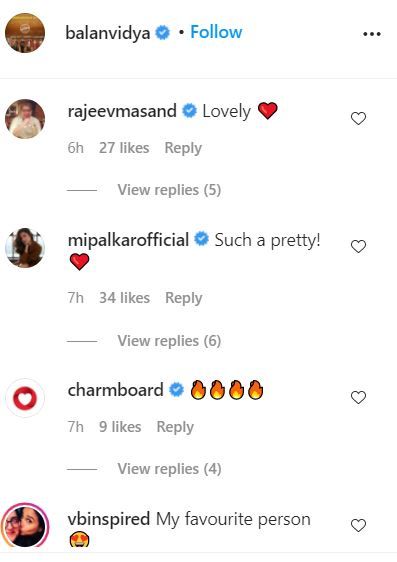 Many other people sent her much love and warm regards on the post and left heart and kiss emoticons. A number of other fans wished her luck for his career and future endeavours. A lot of other fans also commented that they enjoyed watching the video and requested her to post more such pictures and videos on her profile. Check out some of the fan comments on the post below. 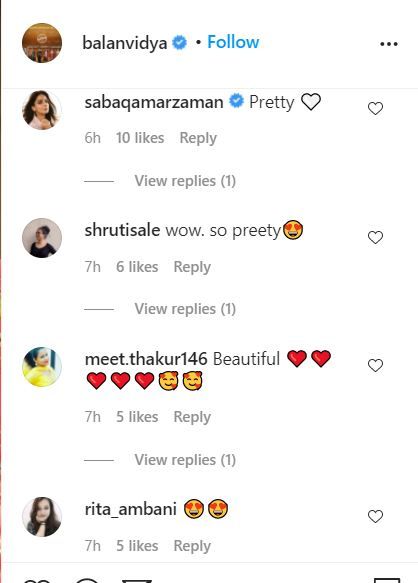 Lately, Vidya Balan posted a video post with a caption, I’m delighted to be speaking at #TargetElevate 2021 - a virtual platform for #WomenInTech to interact with some of the most amazing minds from the world of #technology and beyond!" The actor revealed that she would be appearing for a virtual conference soon. Check out the post of the same below.