"It’s heartbreaking to know he’s made one small girl pregnant. Took money from girls, flirted with students. Scares me!" Sana wrote on the Instagram story.

Actor Sana Khan, who announced her break-up with choreographer Melvin Louis on February 12, went LIVE on her Instagram handle to reveal some shocking details of the nasty and ugly separation of the two. Sana, who broke down in tears, couldn't continue the LIVE session and wrote that Melvin "made a young girl pregnant, took money from other girl and also flirted with several students."

Sana said that her life isn't a movie and won't get any box-office success by maligning a person. "I don't want another Sana Khan case to happen. He kept pushing me to make our relationship official just after Valentine's Day last year. He kept forcing me to post our pictures on Instagram and everywhere. I had to go for some media interactions and he wanted me to talk about 'us'. That time I didn't realise that it was just to get fame," she said in the LIVE session.

She added: "The day my mother met him for the first time, she warned me saying, 'Sana, this guy is number 1 cheater. He will cheat on you. He looks like a cheater'. My entire family was against him and all of them knew that he will cheat on me. He told me, 'I can't see you pair up with anyone else'. I couldn't take up any work because he kept on giving excuses that there would be skin show and all. He would travel with me everywhere, keep an eye on who all are calling me, people messaging me. He wouldn't even let me meet people." 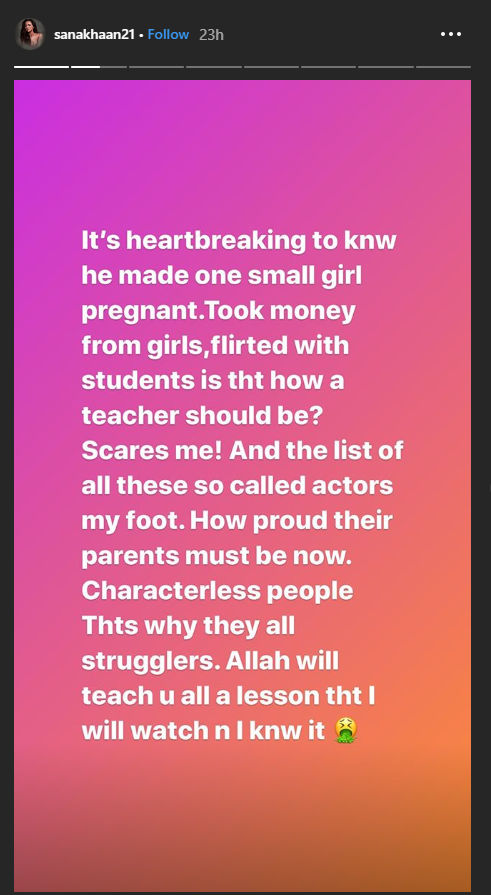 "He didn't let me work with India's biggest star and India's biggest reality show. And when I worked in that show, he was upset that I was speaking to the star. He left me crying and all alone in Krabi and went partying.

I told him he spoilt my time and money. He said he will give back my Krabi tickets money and told me to return whatever he gave me. I had gifted him branded stuff, four pairs of sneakers. In return, what did I get? A bracelet, a chain, anxiety and depression. I returned everything on February 3.

I called up his mom on the same day crying, sobbing and howling like a baby. Guess what she said, 'Beta aisa toh hota hai. When you are in a live-in yeh sab toh hota hai."

"Nobody should go through this trauma. You invest so much in a person and what you get in return. I wish no one should face this. Anytime you get any hint of cheating, just come out of the relationship," she concluded. 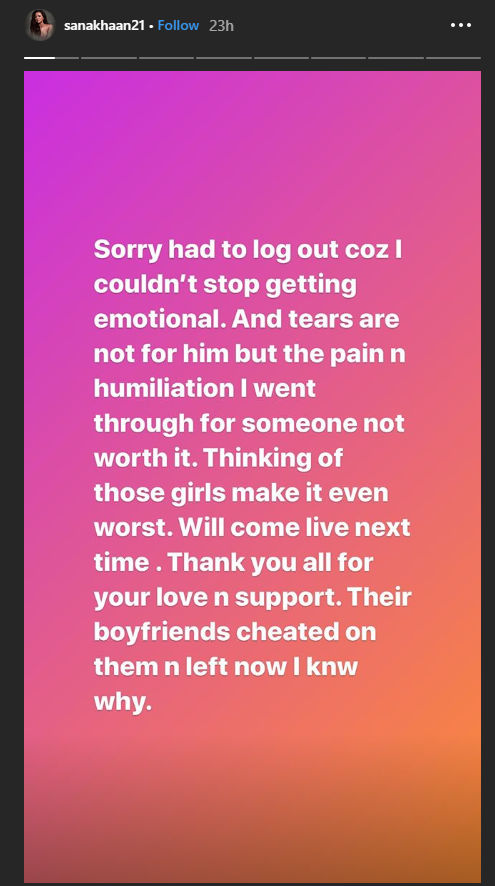