Melvin Louis recently claimed on his Instagram that the pictures posted by Sana Khan were photoshopped. Have a look at what he had to say about the accusations.

Melvin Louis recently denied almost all the allegations that were made by ex-girlfriend Sana Khan on her social media. He did not directly mention her name but stated that anything was possible with the use of 'photoshop'. Sana Khan also had a very specific reply for the Bollywood dancer.

The conflict between Melvin Louis and Sana Khan seems to be never-ending as the two seem to have a lot to disclose about each other. Melvin recently put up a story on his official Instagram story, stating that the pictures recently put up by Sana Khan were photoshopped. He claimed that things get uglier when nothing is done against them. He also added a thumbs down next to the text. Have a look at the Instagram story here.

Sana Khan also had something to say as a reply to the 'photoshop' comment made by Melvin. She took a screenshot of the story and added a comment that he does not have to worry. She said that the experts can detect if an image is 'photoshopped. Have a look at the story here. 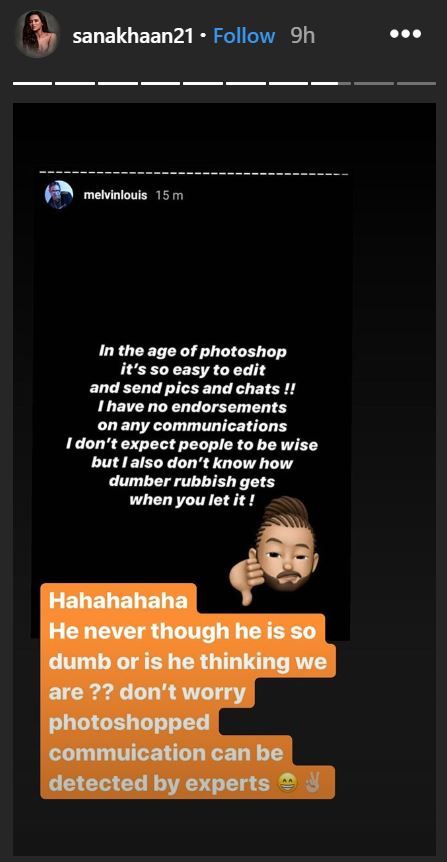 Details about the accusations on Melvin Louis

In an unexpected turn of events, Sana Khan posted screenshots of her conversation with people who had a lot to say about Melvin Louis, on her Instagram story. The Instagram users that he has spoken to were of the opinion that the Bollywood celebrity dancer has been cheating on Sana Khan with other women. The screenshots lead to a heated discussion amongst their followers as the accusations made were of serious nature. 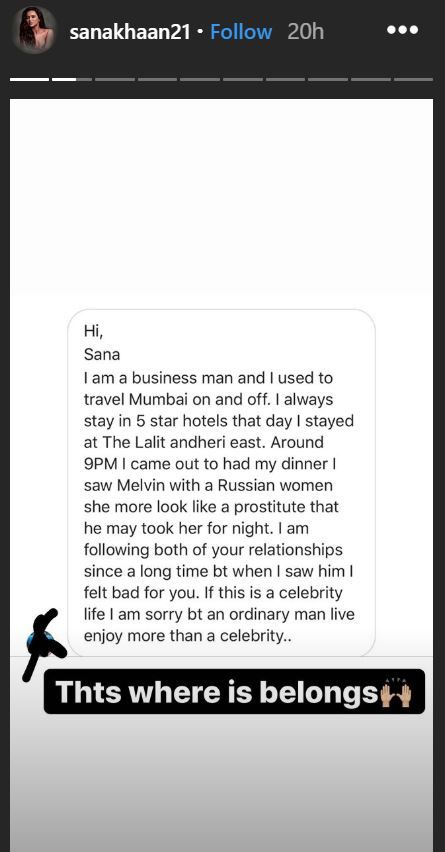 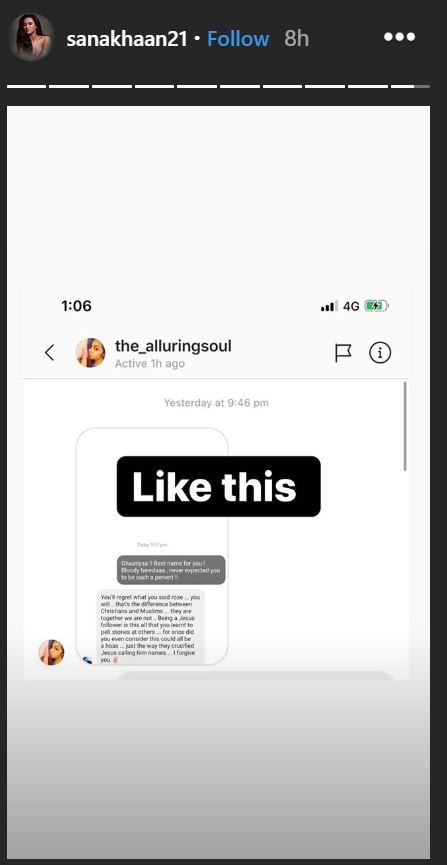