When Disha Patani Opened Up About Being Selective In Choosing Films

Actor Disha Patani had revealed that she is very choosy while taking up any project or signing any film. Read on to know more details about the story

Disha Patani is currently enjoying the success of her Bollywood film Baaghi 3. The 27-year-old actor made her Hindi film debut with Loafer in 2015. During one of her interviews, the actor revealed that it was not her first choice to be an actress and that she is very choosy while taking up any project or film. She also spoke about the support she received while entering the film industry. Read on to know more about this story: 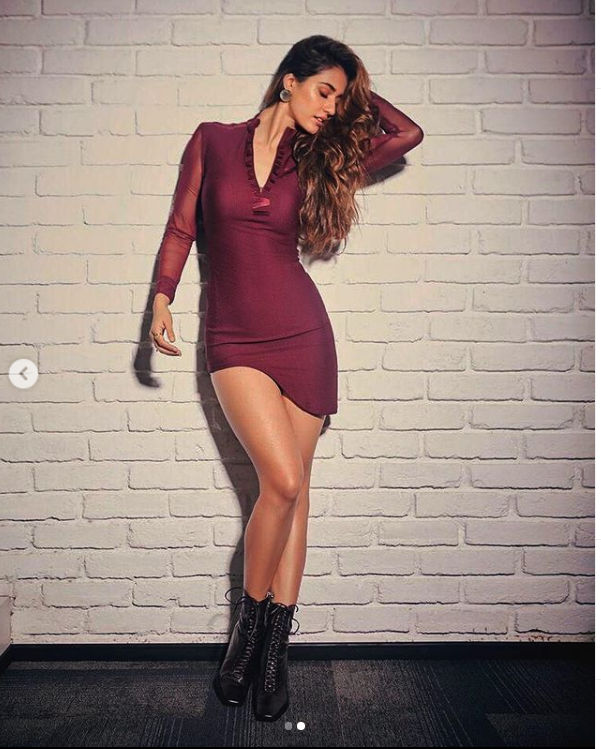 During one of the interviews, the actor was asked whether being an actress was her first choice. Disha responded to the question with honesty by answering that while growing up she thought she would be an Air Force pilot.

When Disha was asked about being very selective and slow while signing a film, she said that for her, it’s not about taking her career slow. It is about signing the right film. She added that she doesn’t have anyone to shield her, so in her case if a film doesn’t work, she says she doesn’t know if she will get another chance. So before taking any step, she validates it and remains careful so that in the end she is proud of the outcome. She continued by saying she is selfish for a good role.

When the actor was asked about her parents who supported her decision to be an actor, Disha said that in the beginning when she told her parents about it, they were confused; but gradually they got used to the idea. Since the time she moved to Mumbai, she hasn't asked them for anything, so they are proud of how she is taking care of herself.

Currently, the actor is staying indoors and quarantining amid the coronavirus lockdown. Her film Ek Villian 2 is currently in the pre-production stage.

Also Read: Disha Patani Reveals How Her Parents Reacted When She First Showed Interest In Bollywood