Actors Taapsee Pannu and Pratik Gandhi, who had teamed up for a quirky comedy film 'Woh Ladki Hai Kahan?', treated fans with their first look. 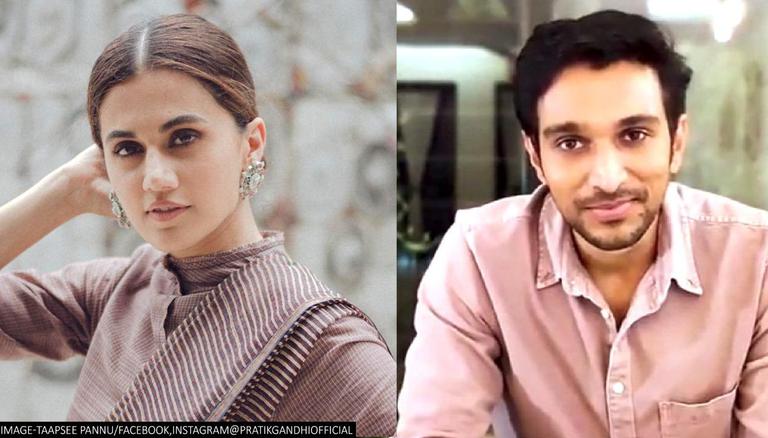 
Actor Taapsee Pannu and Scam 1992 fame actor Pratik Gandhi who had teamed up for a quirky comedy film Woh Ladki Hai Kahan?, treated fans with their first look. The two stars have commenced the shooting of the film in Jaipur and are quite excited to bring forward a unique story. The film is being directed by Arshad Syed who will make his debut. The film is being described as a 'madcap comedy.

Pratik took to his Instagram stories and shared the first look with fans. In the picture, Tapsee is seen in the uniform of a police inspector. She is seen reading a newspaper. Meanwhile, Pratik is seen wearing the outfit of a groom while he looks at Taapsee in all perplexed. While sharing the look, he wrote, "Taapsee Pannu and I are all set to find my missing bride in Junglee Pictures & Roy Kapur Films’ next comedy-drama #WohLadkiHaiKahaan?Here's the #FirstLook!!”

Fans of the actor were thrilled to witness him in a unique role and were eager to know more about the story. One of the users wrote, “congratulations and all the very best Pratik.” Another user wrote, “Killing it brother,” while a third user chimed in and wrote, “ I don’t know why but I think you look the best in Harshad Mehta's role.” 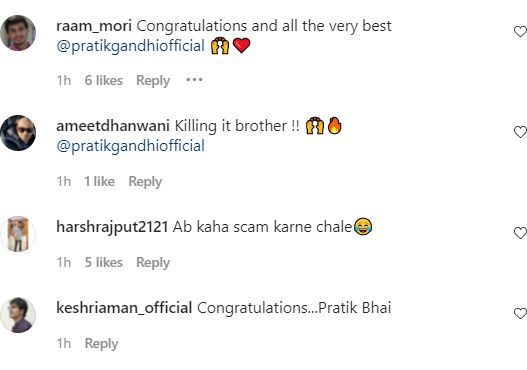 The forthcoming film Woh Ladki Hai Kahan? is an investigative comedy in which the Pink actor can be seen essaying the role of a feisty cop, while Pratik will be seen as a chauvinistic brat whose paths cross with Taapsee. The film’s description reads, “Pratik finds himself compelled to take a riotous, madcap ride with Taapsee's character, whose attitude to life is the diametrical opposite of his. When the two leads are forced to make this unlikely journey together, their divergent personalities hilariously clash, leading to volatile and unpredictable interactions that promise a battle of wits and an entertaining viewing experience.” Woh Ladki Hai Kahan? will mark Gandhi's first Hindi big banner project post his massive success with the Hansal Mehta-directed web series.