Shaun Weiss is an actor best known for his roles in 'The Mighty Ducks' movies whose arrest a year ago made a buzz on the internet for a long time. And with a long time span of one year after Shaun Weiss’ arrest, he has been celebrating his sobriety. This news made the headlines after a friend of Shaun Weiss posted a picture of them on social media. Let’s have a look at what he posted online and learn more about Shaun Weiss’ controversy.

Shaun Weiss’ one year of sobriety

As 'The Mighty Ducks' star Shaun Weiss turned one year sober, his friend Drew Gallagher took to his Instagram handle and shared this heart-melting picture of them together. In the photo, Shaun Weiss can be seen with a gleeful smile on his face wearing a cool black jacket.

In the caption, his friend wished him a happy 1-year-sober and recalled the time as to how the journey and his recovery was. He then added as to how proud he was. Many of the fans and his celebrity friends took to the comment section and stated how they were proud of him too.

Many of the fans also added how this made them so happy and stated how better he was looking in his latest photo. Some of them even complimented Shaun Weiss’ friend and mentioned how there was no better exercise for the heart than reaching down and lifting people up. Let’s have a look at how fans reacted to the recovery from Shaun Weiss’ controversy and showered his post with love and good wishes. 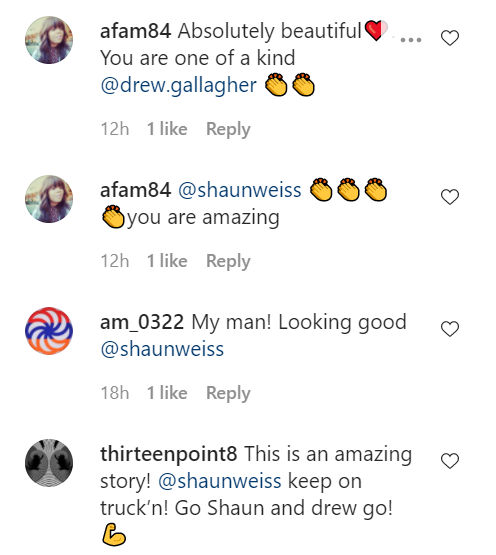 Also Read Supreme Court Pulls Up 'Tandav' Makers & Actors; No Grant Of Protection From Arrest Yet

Shaun Weiss’ arrest was shocking news for all his fans a year ago where he was charged by the police for theft at a garage. It was reported that a house owner in California had informed the police about a man’s unwanted presence in his garage and it was later known that he entered the garage by breaking the window. Police witnessed symptoms of being under the effect of methamphetamine. Shaun was then arrested on the charge of public intoxication, and after spending around 90 days in jail, he announced that he had decided to enter a rehabilitation centre. Later, a crowdfunding NGO decided to take care of his medical and living expenses.

Also Read What Happened To Ondreaz Lopez? TikTok Star Could Be Sued After The Recent Controversy