The Hunger Games star Alexander Ludwig has made it official with Lauren Dear. The actor took to Instagram to share a picture with his beloved wife.

Hunger Games star Alexander Ludwig recently took to Instagram to give a glimpse of his wedding ceremony with Lauren Dear. The duo has tied the knot in an intimate ceremony in Park City, Utah. In the picture, Alexander Ludwig and Lauren Dear are spotted looking at each other romantically just after their wedding vows and rituals.

Alexander Ludwig also wrote a long heartfelt caption with the picture. He addressed Lauren Dear as his wife, future mother of his children and his everything. Talking about their wedding, Alexander shared, "We decided to elope. It has been such a crazy year but it certainly puts things into perspective. Life is too short And i didnt want to spend another day without calling this beautiful woman my wife." (sic)

Alexander Ludwig and Lauren Dear announced their engagement in the month of November. In his caption, Alexander explained how he has some future plans to celebrate with more people once the pandemic is over. Talking about his perfect beginning, he said that the love of his life, their dog yam, a yurt on a mountain top in the middle of nowhere sounded just perfect.

Lauren shared the same photo on her Instagram and gushed that she was grateful to have welcomed Alexander into her life in 2020. She wrote, “You continue to show me what life is truly about every day and how to be strong, resilient and courageous. I am a better person by your side”.

Fans in huge numbers poured in congratulatory wishes for the duo. Several users mentioned that they look adorable together and it's certainly a happily ever after for both of them. Take a look at how fans' reacted to Alexander Ludwig and Lauren Dear's wedding picture. 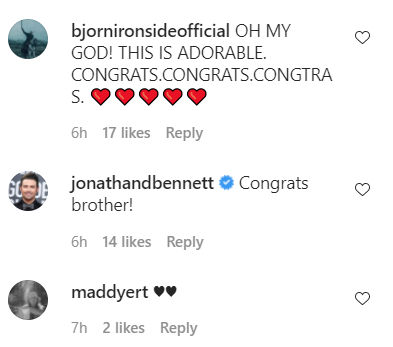 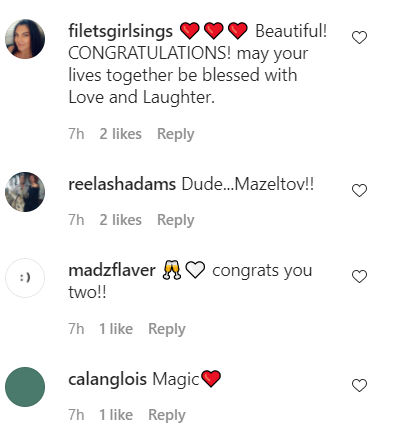 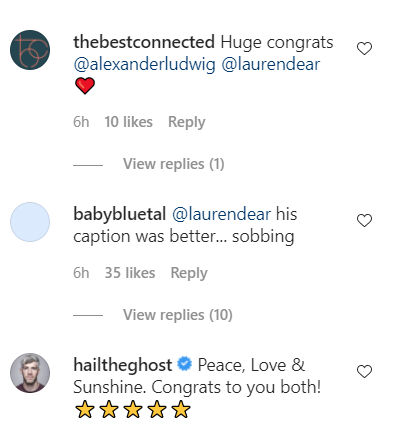 Canadian actor Ludwig portrayed Cato, the male tribute from District 2 in the 74th Hunger Games. Cato is one of the main antagonists of The Hunger Games. He was the leader of the Career pack, the strongest tribute in the arena, and Katniss Everdeen's primary adversary. Fans of the series might remember that in the film, Cato and his district partner Clove in the Hunger Games cast, enter the tribute parade wearing Roman-esque outfits. After the parade, Cato glares at the District 12 team because they have outshone the other tributes.