Angelina Jolie recently opened up about why she joined the cast of her much-awaited superhero movie, 'Eternals' and talked about her role in the film. Read. 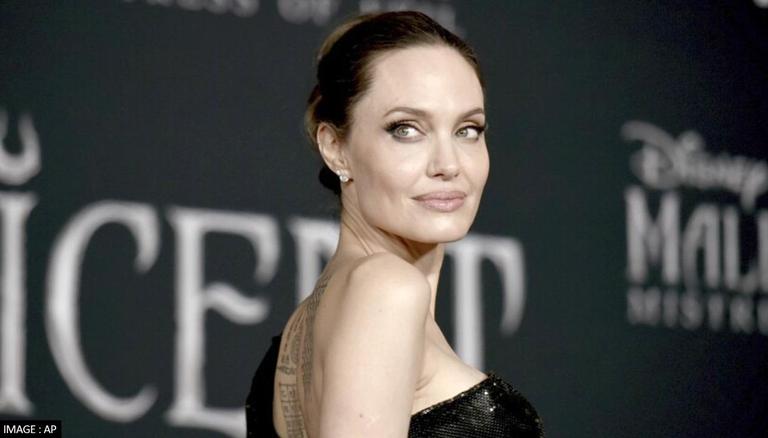 
As the Eternals Premiere in Los Angeles on October 18 took the internet by storm, actor Angelina Jolie talked about the reason behind joining the cast of the film. She also opened up about how she was offered superhero roles in the past, but she decided died to consider it only when she was offered the role of Thena in Eternals.

According to the reports by Screenrant, Angelina Jolie opened up about how she was offered superhero roles in the past but she considered taking it when she was offered a role in Eternals and stated that the character made her want to be a part of the film. She also stated the sole reason behind joining the cast of the film.

READ | Harry Styles to make his MCU debut through 'Eternals'? Here's what we know so far

"And Thena... It was really this family I wanted to be a part of. When I understood what this film was going to be and who this group was, what this group would represent and how inclusive and diverse [it was], I felt that's what it always should have been. It's what I wanted to be, and to figure out my part in it was secondary; figuring out who I'd be. But I just wanted to be with this family. And I trust this director," Jolie said.

On the other hand, even Salma Hayek is making her superhero debut with the film and spoke about how her character felt like "the right one" and "at the right time." She praised the director of the film, Chloé Zhao, and stated how much she loved her and that it was very meaningful that it's at this time, that she can be in her 50s and be a superhero, and be Mexican-Arab and be a superhero, and be part of this eclectic family.

Hayek also revealed that when she joined the cast, it was only Angelina Jolie who signed the film prior to her and added how it made her excited.

WE RECOMMEND
Ma Dong Seok and Angelina Jolie open up about working together in 'Eternals'
Eternals: Angelina Jolie reveals her look as Thena was a bit much for her children to take
'Eternals' first reviews in; netizens call MCU film 'off charts & game-changer'
Harry Styles to make his MCU debut through 'Eternals'? Here's what we know so far
'Eternals' producer explains how film's deviants are slightly different from the comics
Listen to the latest songs, only on JioSaavn.com