Chemical Hearts Ending Explained: Do Henry And Grace End Up Together? Find Out

Chemical Hearts is a new romantic drama film on Amazon Prime starring Lili Reinhart and Austin Abrams. Read on to find out what happens at the end of this film. 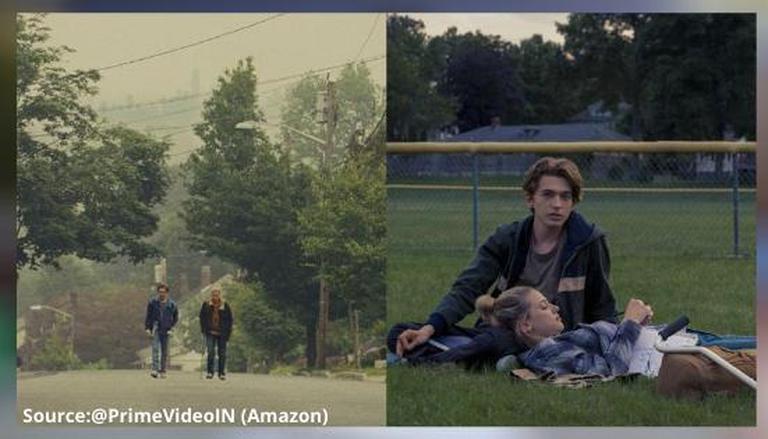 Amazon Prime released the film teenage romantic drama film Chemical Hearts starring Lili Reinhart and Austin Abrams on August 21. Chemical Hearts is the story of a teenager who falls in love for the first time and realises that it is not as spectacular and fairy-tale-ish as movies make it seem. Chemical Hearts has impressed many fans with its noteworthy storyline and performances. They also learn what it means to love someone and how to let go. The bittersweet ending of the film left many fans in awe of the heartwarming story. Here is the Chemical Hearts Ending Explained.

Read | 'Circle' ending explained: Does Eric survive at the end of the game? Find out

What happens between Henry and Grace?

Fans of Chemical Hearts get to see that Henry and Grace’s story begins when the teenagers are in totally different phases of their life from an emotional standpoint. Grace is emotionally bruised after the horrific accident that killed her boyfriend Dom. Henry, on the other hand, is yet to fall in love and understand the suffering that comes with it.

Grace and Henry meet, and she tells him that she is trying to move forward in her life. Grace believed that being with Henry would give her the chance to turn a new leaf in her life. However, both teenagers soon realise that a new relationship will not fix the wounds and pain that Dom’s death has created in her life.

When Henry gets a chance to be close to Grace, he discovers how deeply her love for Dom is an inseparable part of her life. He also witnesses the depth of her grief. He soon realises that Grace will not be able to love with as much as she loved Dom.

Do Henry and Grace end up together?

One day Henry becomes paranoid when he realises that Grace hasn’t come to school is nowhere to be found. An alarmed Henry begins looking for Grace and tracks her down in an abandoned building. Henry finds Grace sitting near a pond, adorned in the white dress, which she was supposed to wear when she would have gotten married to Dom. She is weeping in grief because she still feels guilty for Dom’s death and has been trying to make up for it somehow, since his death.

Read | 'Dark Knight Rises' ending explained: What is the fate of Batman, John Blake, and Gotham?

Following this heartbreaking incident, Grace takes some time off and sees a therapist, while Henry maintains distance from her. As expected Henry and Grace break up and Henry survives the heartache of their break up. Their paths cross again on the final day of the school and Grace tells him that she would be taking a year off to get herself better. She also slips something into his pocket. Henry discovers that it is the poem that Grace had read to him when they first met.

Grace informs Henry that she is taking a year off to heal herself. While leaving Grace slips something in his pocket. Heartbroken by their break up Henry had salvaged the poem and left it at Dom’s grave. Grace found it and glued it back together. As a nod to their relationship, Grace leaves it in Henry’s pocket, signifying that broken as they might be in that moment, they can always be put back together in time.