Britney Spears' documentary, 'Controlling Britney Spears', revealed that her calls and texts were monitored during the court-ordered conservatorship. Read on. 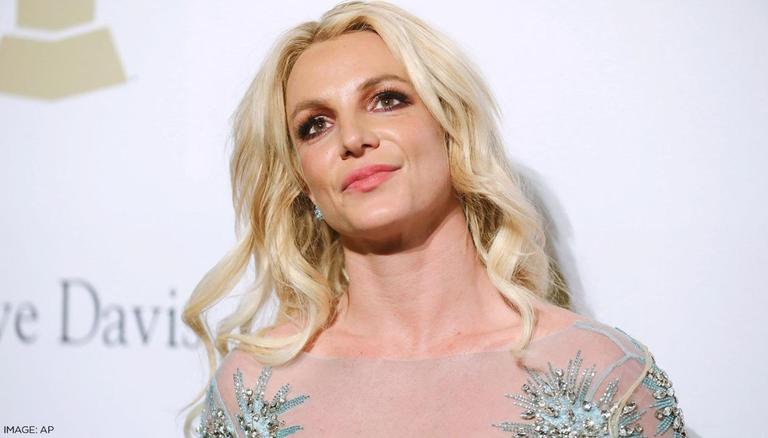 
A US security firm hired by Britney Spears' father allegedly monitored the pop singer's phone conversations and text messages during the court-ordered conservatorship she has been under since 2008. This is according to a New York Times documentary aired on Friday, Controlling Britney Spears. Alex Vlasov, a former Black Box Security employee who worked with Britney Spears' team for over nine years, said in Controlling Britney Spears that the business "mirrored" the pop singer's phone on an iPad by going into her iCloud account. According to Vlasov, a listening device was also placed in her bedroom.

He told the filmmakers that he was requested to encrypt Spears' text messages so that they could be delivered to her father, Jamie Spears, and an employee of a business management agency he had hired. When Vlasov inquired about the monitoring, he was told that Britney Spears' conversations were monitored "for her own security and protection" and that the court overseeing the conservatorship, as well as her lawyer at the time, were "aware of it". According to Vlasov, the monitoring included conversations between Britney Spears and her lawyer, Sam Ingham.

Jamie Spears' lawyer, Vivian Thoreen, declined to comment on specific allegations, but said that his actions "were well within the parameters of the authority conferred upon him by the court" and that they "were done with the knowledge and consent of Britney, her court-appointed lawyer, and/or the court".

Jamie Spears' record as a conservator and the court's acceptance of his acts speak for themselves, according to Thoreen, who claims Jamie Spears assisted his daughter in rehabilitating her career and improving her financial circumstances. Jamie Spears surprised everyone when he said earlier this month that he supported dissolving the conservatorship because circumstances had changed. The matter is set for a hearing in Los Angeles Superior Court on Wednesday. Mathew Rosengart, Spears' new lawyer, stated in a statement that he would look into the latest charges. A lawyer for Black Box Security President Edan Yemini, in a statement shown in the documentary, said:

"Mr. Yemini and Black Box have always conducted themselves within professional, ethical and legal bounds, and they are particularly proud of their work keeping Ms. Spears safe for many years.”

“Intercepting or monitoring Britney’s communications, especially sacrosanct lawyer-client communications, represents a shameful and shocking violation of her privacy and civil liberties”, the statement said. “Placing a listening device in Britney’s bedroom would be particularly disgraceful.” Controlling Britney Spears premiered on the FX cable network and on Hulu on Friday night. It comes after the release of the same filmmakers' documentary, Framing Britney Spears, in February, which sparked renewed interest in the case.

Controlling Britney Spears is a brilliant and shocking expose about a group of the most unethical, incompetence fraudulent "court appointed fiduciaries" that one could ever imagine. I take that back, they are so horrible, it defies the imagination. #FreeBritney YOU ARE RIGHT.

Just finished watching Controlling Britney Spears and I have no words. I cried while watching it and angry at same time. There are new infos revealed and its only getting worse. All I can say is that they all gonna pay for this big time and were gonna make sure they'll suffer.

Just finished watching #ControllingBritneySpears my heart is heavy, But seeing Fe always gives me hope that this shit will be over and brit will have her life back! She is more of a mother to her than her own money hungry mother!#FreeBritney

After a turbulent year of mental health concerns and life events, Spears' father, James P. or "Jamie" Spears placed her daughter Brtiney under the conservatorship in early 2008. In late 2008, the arrangement was made permanent. She continued to work and perform until early 2019. Then she took a break to focus on her conservatorship battle. Following Spears' involuntary admission to a psychiatric hospital in April 2019, the conservatorship received even more attention. In 2020, #FreeBritney, a fan movement calling for the conservatorship to be lifted, went viral on TikTok. Miley Cyrus, Cher, and Paris Hilton were among the celebs who took notice of it.  Spears endorsed the movement against her father in September 2020, through her lawyer and legal paperwork, marking the first time she had spoken on the subject in an official legal forum.

Jamie Spears filed a petition to end the conservatorship this month

Britney Spears made her first public statement in court proceedings on June 23, 2021, when she sought for her conservatorship to be terminated. She accused her father, family, and management team of abuse, and she slammed the state of California for how they handled her case. Spears detailed several incidents of mistreatment, intimidation, and a conflict of interest on the part of her conservators. Spears recruited Mathew S. Rosengart, a former federal prosecutor and attorney, to represent her in July 2021. On July 26, Rosengart filed a petition to have Spears' father removed as conservator of her estate. Jamie filed a petition disputing his suspension and removal as conservator of the estate in August 2021. He agreed to stand down at Judge Brenda J. Penny's request. Jamie Spears filed a petition to end the conservatorship on September 7, 2021.

WE RECOMMEND
Britney Spears recalls her 5-min pep talk when she performed with Mick Jagger at VMAs
Britney Spears Netflix documentary 'Britney vs Spears' done without her blessing: Reports
Britney Spears' sons receive a special birthday post by their pop star mom
Britney Spears' lawyer reveals reason behind removing father as conservator
Britney Spears' father Jamie to step down from court conservatorship of 13 years amid row
Listen to the latest songs, only on JioSaavn.com