Drew Barrymore said she respects Lucy Liu for taking a stand against Bill Murray during their infamous spat on the sets of 'Charlies Angels'. Read further. 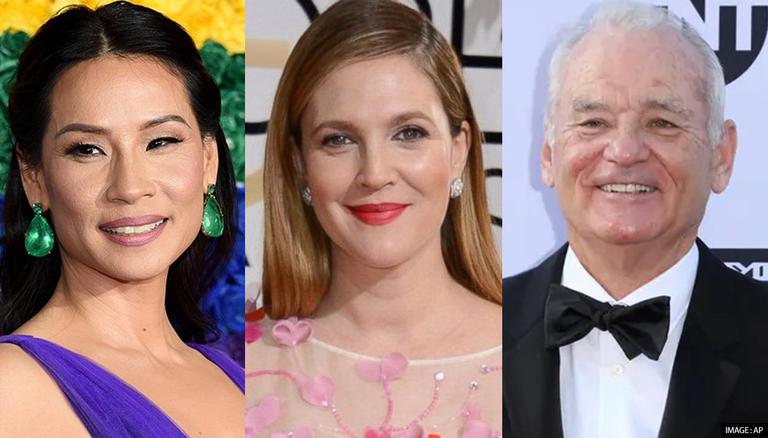 
Bill Murray and Lucy Liu reportedly got into a massive fight during the making of Charlie's Angels. Rumours circulated for decades after the movie's release that Murray allegedly insulted Liu's acting ability, which reportedly led to Liu physically attacking the comedic legend. Lucy Liu had earlier this year, clarified what had actually happened on the sets and explained why she got into an argument with Bill.

However, Liu's co-star Drew Barrymore has now reacted to the infamous spat and said that she respects Lucy for showing courage throughout the incident.

In the recent episode of The Drew Barrymore Show, the actor spoke about Liu and Murray's fight and said that she respected Liu for standing up against the veteran actor. Drew said, "What really happened was Bill was just in a — you know, comedians can be a little dark sometimes — and he just came in in a bad mood, and what you have to know is how much Lucy stood up for herself and that was the great thing that came out of an unfortunate circumstance. She literally said, ‘I do not accept that kind of behaviour from you.'"

She added, "And we all supported her and backed her up and we moved forward. I respected her then, I respect her now. I am proud of us as a team and a company that we didn’t tiptoe on the eggshells. We dealt with it right then and there, we were strong and we moved forward and we didn’t accept anything less moving forward."

READ | Lucy Liu to play antagonist in 'Shazam! Fury of the Gods' with Helen Mirren

Earlier this year Lucy Liu in an interview with E Online explained her fight with Murray and said, "As we're doing the scene, Bill starts to sort of hurl insults, and I won't get into the specifics, but it kept going on and on. I was, like, 'Wow, he seems like he's looking straight at me. I literally do the look around my shoulder thing, like, who is he talking to behind me? I say, 'I'm so sorry. Are you talking to me?' And clearly, he was, because then it started to become a one-on-one communication. Some of the languages was inexcusable and unacceptable, and I was not going to just sit there and take it. So, yes, I stood up for myself, and I don't regret it."

WE RECOMMEND
Drew Barrymore opens up about why she keeps her daughters off social media
'House of the Dragon' adds 17 dragons, 'Conjuring' house on sale | Hollywood recap Sept 28
Drew Barrymore reveals why she doesn't want to be friends with her daughters
Did you know Drew Barrymore & Gwyneth Paltrow have the same godfather?
Drew Barrymore shares her new tattoo; reveals it has a 'special meaning' to her daughters
Listen to the latest songs, only on JioSaavn.com