The first 'Dune' trailer has been released. It features Timothée Chalamet, Zendaya, Oscar Issac, Rebecca Ferguson, and others. Watch the trailer: 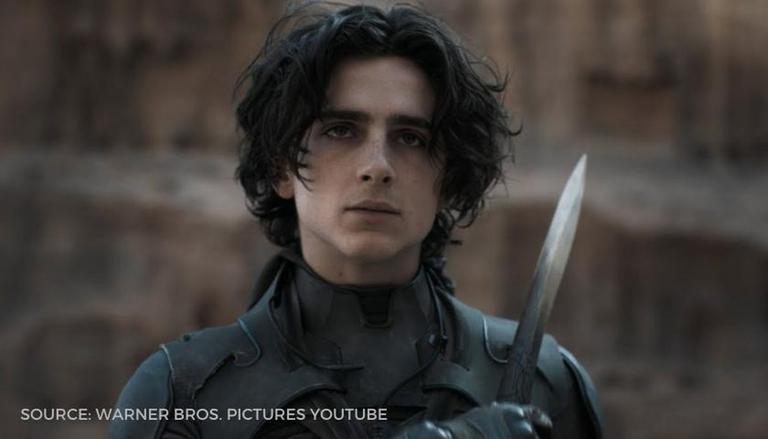 Warner Bros. Pictures has released the first Dune trailer after a long wait. The trailer was noted for its unique tone and cinematography. The 3:04 minute trailer starts with Timothée Chalamet and Zendaya getting close to each other. The former is then seen taking charge of the dangerous desert planet Arrakis, which was ruled by the Harkonnen family for 80 years. The story unfolds and characters are introduced one by one. It has explosions, battle scenes, and stunning visuals. Timothée Chalamet as Paul Atreides, the Duke, and scion of House Atreides dominate the trailer. It ends by giving the audience a glimpse of the infamous giant sandworm. Watch the trailer below:

Directed by Denis Villeneuve, Dune is an epic science fiction film. It is based on Frank Herbert’s 1965s novel of the same and is a reboot of the 1984 movie with the same name. The plot centres around the son of a noble family who is entrusted with the protection of the most valuable asset and most vital element in the galaxy. The story will be divided into two parts, so a second installment is also confirmed. It has become one of the most-anticipated projects due to its stellar cast and acclaimed director. Dune is currently scheduled to release on December 18, 2020.