Dwayne Johnson Manages To Stun In Black Outfits Like A Boss; See Pics

Dwayne Johnson is one of the famous actors in Hollywood. The wrestler-turned-actor has managed to stun in black outfits several times. Have a look.

Dwayne Johnson is famously known as 'The Rock', which is his ring name. He is now a famous actor, who was recently seen in Jumanji: The Next Level. He is not just famous for his acting skills but also for his looks. More than any color, he is seen wearing black often. So, with his hulk body, here are some of his photos in which he is seen wearing black which totally makes him look like a BOSS:

Times when Dwayne Johnson donned black like a boss

Dwayne Johnson is seen wearing black pants and a black leather jacket with a white tee inside. He is seen posing with Patrick Mahomes, the athlete. He captioned the photo @teremana tequila toast with the super bowl MVP @patrickmahomes, congratulating  Patrick Mahomes. Check out the post below-

In the post below, he is seen gyming intensely. He is wearing a black tee and gym pants. He is also seen wearing red colour headphones on while gyming. The Rock is giving an intense look in the picture which makes him look like a total boss.

Dwayne Johnson posted a picture in June 2019 in which he was seen in a black suit, with a black shirt inside. He paired the suit with black formal shoes. He looks stunning, sitting in the front of the red car.

Dwayne Johnson is wearing a black suit, with a white shirt, and black pants. Have a look at the post below: 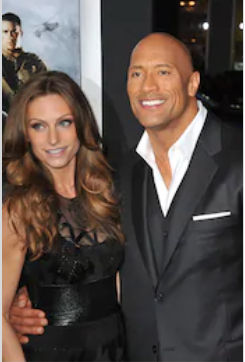