Downhill ending explained, as the much-acclaimed movie continues to be the subject of many fan analysis & discussions. Read more details about the movie's plot. 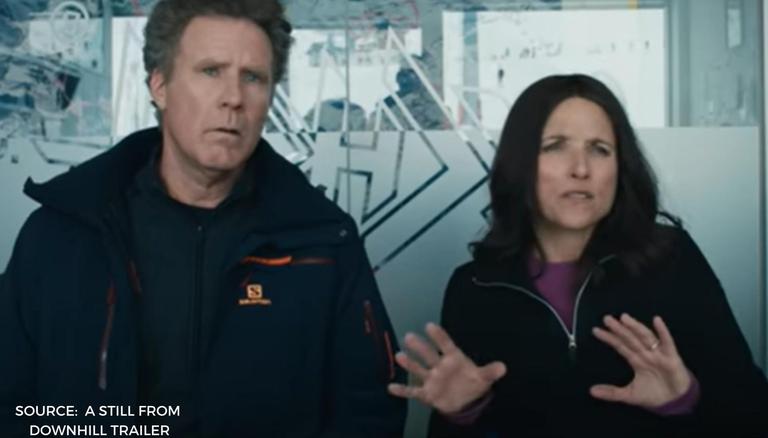 Released in the year 2020, Downhill follows the story of a married couple, who is thrown into disarray after a narrow avalanche escape and the family members are forced to re-evaluate their lives and how they feel about each other. Starring Julia Louis-Dreyfus, Will Ferrell and Zach Woods in the leading roles, Downhill is a unique take on marriage and explores the ‘me first’ attitude in a profound way. Here is everything you need to know about the ending of Downhill.

The movie kicks off to a happy start as the Stauntons plan a family ski trip to the Austrian mountains. Their life changes when an avalanche occurs and Pete abandons his wife, Billie and children to protect himself. However, when everyone survives, the family tries to deal with Pete’s actions and re-question their love for him.

Also Read | Air India One In PICS: Inside VVIP Aircraft Meant To Fly PM, Prez And Can Block Missiles

During the end of the film, Pete promises to win back Billie’s trust and respect. However, as they leave the ski resort, a pile of snow falls from the roof and both Billie and Pete jump out of the way, thinking that its’ an avalanche. The final shot of the movie features Ferrell and Louis-Dreyfus looking at each other intently, realising that none of them kept their ‘family first’ promise in a make-belief avalanche situation.

The significant point comes at the end of the film when a certain amount of ambiguity is left open for fans’ interpretation. The movie's ending is not a 'black or a white', however, the makers surely have managed to give it a grey shady touch, which makes the film more intriguing. More so, it also forces one to mull over the ‘me first – family first’ debate and questions the true meaning of sacrifice and love.

The main takeaway from the film’s end is that one needs to protect themselves irrespective of what their bond with others is. The film also stars actors like Zoe Chao, Miranda Otto, Giulio Berruti, Julian Grey, Ammon Jacob Ford and Kimberly Rydell in prominent roles. The movie is an adaptation of the 2014 hit Swedish film, Force Majeure.

Also Read | Air India One In PICS: Inside VVIP Aircraft Meant To Fly PM, Prez And Can Block Missiles

WE RECOMMEND
India exceeds WHO's testing figures advise by more than six times: Health Ministry
Air India One in PICS: Inside VVIP aircraft meant to fly PM, Prez and can block missiles
Listen to the latest songs, only on JioSaavn.com