Here's How Jennifer Lopez, Ben Affleck Make Time For Each Other Amid Hectic Work Schedules

After rekindling their love 17 years later, Hollywood's most famous couple Jennifer Lopez and Ben Affleck are finding it difficult to stay apart. 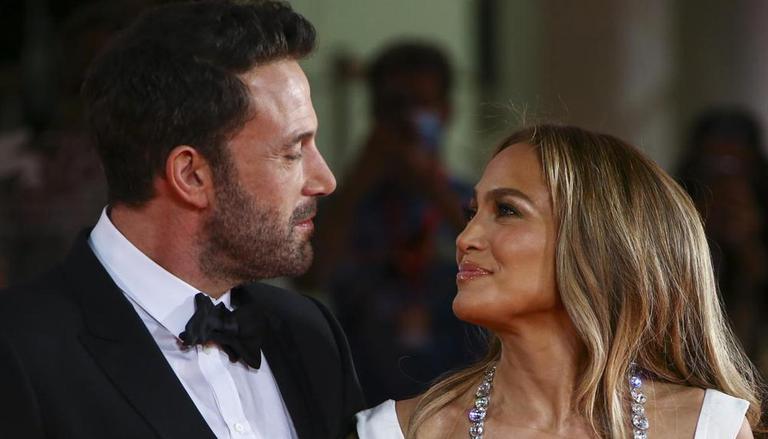 
Seeing Jennifer Lopez and Ben Affleck's PDA and togetherness, it is visible the two cannot keep their hands off each other. The two have been together for months now and are staying apart due to their work schedules. However, they are trying to stay together as much as possible and flying to meet each other more often.

As per a recent report by People, one of Hollywood's most famous couples — Jennifer Lopez and Ben Affleck — are finding it difficult to stay apart. The couple recently spent the weekend together in Los Angeles, California. As JLo had to fly back to work in Vancouver, Canada, the Gone Girl actor went to drop his lady love at the airport. Before boarding the flight, Jennifer Lopez and Ben Affleck shared a passionate kiss.

Bennifer cannot keep their hands off each other

As per a source of the news outlet, Bennifer (called by their fans) are finding it difficult to stay apart. Despite their intense work schedules, the couple is finding time for each other whenever possible. JLo flew to Austin a few hours before she had to return filming in Vancouver. However, the couple is trying their best to make it work. As per the source, the couple is incredibly happy when they are together. Moreover, the distance is making them appreciate their relationship even more. Jennifer Lopez also keeps gushing about her beau who makes her happy.

READ | Ben Affleck gushes about girlfriend Jennifer Lopez; Says he is in 'awe' of her

Ben Affleck and Jennifer Lopez earlier dated in 2002. The couple, who were the front face of every magazine at that time, also got engaged in the same year. However, they postponed their wedding a few days before they were set to exchange vows. The couple eventually called off the engagement by January 2004. Love bloomed again between the two earlier this year. They made it official in September after walking the red carpet together at the Venice Film Festival. Ever since the couple has been inseparable and is often indulged in PDA.

Are Ben Affleck and Jennifer Lopez planning to get married soon?

A few weeks ago, rumours about the couple's wedding began to make rounds among fans. According to a report by Fox News, former celebrity publicist Rob Shuter expressed his excitement about Bennifer's rekindling romance. As he recently wrote a book The 4 Word Answer: Who Are You In 4 Words? the former publicist mentioned his experience of working with several celebrities. He also stated Bennifer have a strong chance to take their relationship ahead.