How Did Elisabeth Fritzl Escape From Her Father? The Story Behind 'Girl In The Basement' 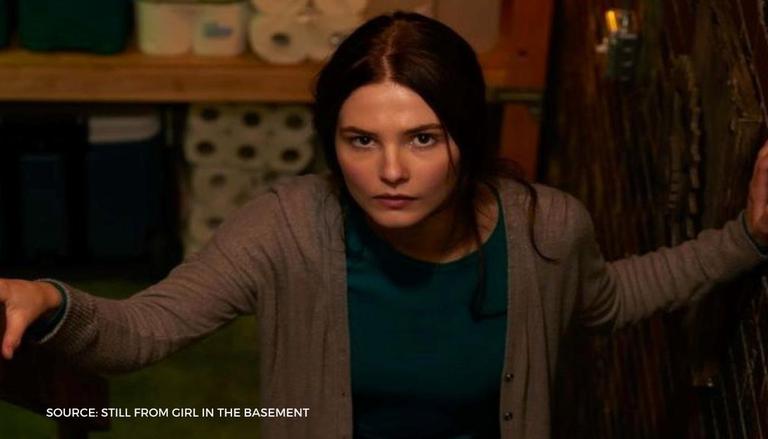 Girl In The Basement is one of the most controversial films to have come out in 2021. The film follows the story of Sara who has plans of moving out of her parents' house when she turns 18 but is kidnapped by her father and locked up in the basement for years. The film is based on the real-life story of Elizabeth Fritz who was kidnapped by her father and abused for 24 years before she escaped. Read on to find how did Elisabeth Fritzl escape.

How Did Elisabeth Fritzl Escape?

Also Read: How Does 'Girl In The Basement' End? Find Out What Happens To Sara And Her Children

As reported by the Guardian, Josef Fritzl's daughter Elizabeth was locked up by Josef's in the town of Amstetten in Austria, where Josef lived with his family. Josef kidnapped and locked up Elisabeth Fritzl just after she turned 18 in 1984 as he knew she was going to leave the house. Josef couldn't handle losing control over her life and locked her in his basement, which he had been preparing for two years for this occasion.

He kept her locked up for 24 years and sexually abused her all that time. He ended up fathering seven children with Elisabeth Fritzl. He raised three of the kids with his family in his house while the other three resided down below in the basement with Elisabeth. One child had died during childbirth due to complications. Joself kept Elisabeth hidden away by telling his family and neighbours that she had run away and possibly joined a religious cult, as reported by the Independent.

Also Read: Is 'Girl In The Basement' A True Story? Find Out Real Story Of Elisabeth Fritzl

One of Elisabeth Fritzl's children, the 19-year-old Kerstin Fritz fell ill and collapsed unconscious on the floor. Josef took Kerstin and Elisabeth to the hospital to get her checked out. When the doctors noticed Kerstin's abysmal health conditions, they became concerned about her well being and involved the police, after suspecting child abuse and neglect on the part of Josef. When the police investigated, Josef, they came to know about the extent of his terrible crimes. Josef was arrested in 2009 and sentenced to life in prison. Elisabeth Fritzl was finally free from her captor, after 24 years of abuse.

About Girl In The Basement

Girl in The Basement follows the true story of Elizabeth Fritzl's life and how she suffered at the hands of her father. The names and identities of the characters were changed in the film. However, the film stayed true to the story of Elisabeth and the children, of their lives inside the basement, their poor living conditions. It's a harrowing film to watch and imagine that this actually happened to a real person. As per IMDb, the director made this film to create awareness about sexual abuse and violent assault on women.