Is 'The King Of Staten Island' Based On A True Story? Which Parts Have Been Fictionalised?

Is 'The King of Staten Island' based on a true story? Read to know how much the story resembles Pete Davidson's life and how much is made up.

The King of Staten Island story follows the life of Scott Carlin – played by Pete Davidson –  a high school dropout who dreams of opening a tattoo restaurant. Currently, living with his mother, he has still not been able to cope with the death of his father who was a firefighter. Things take a whole new turn when his sister leaves for college and his mother starts dating Ray, a firefighter. Fans noticed that Pete Davidson and his character had many similarities. Thus making them wonder the obvious question, Is The King of Staten Island based on a true story?

Is The King of Staten Island based on a true story? 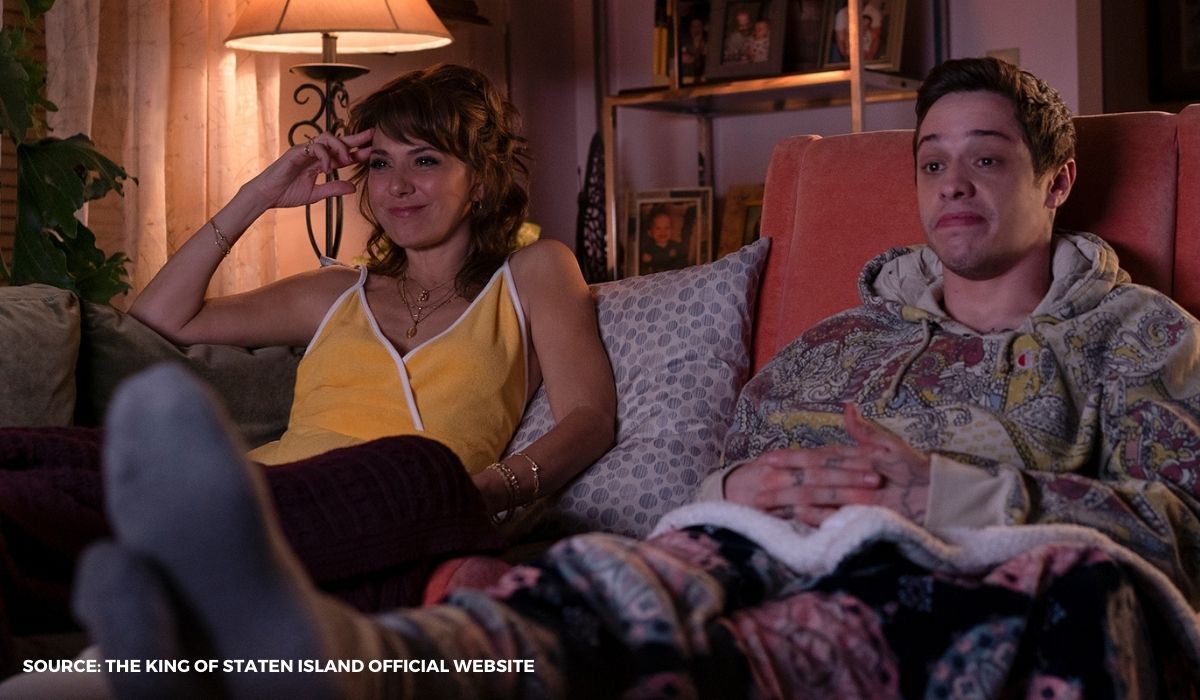 When the movie ends, fans see that the movie is a dedication to Scott Davidson, Pete Davidson's father. Like Scott Carlin's late father, even Pete Davidson's real father was a firefighter. The movie tells that Scott's father died in a hotel fire. In reality, Scott Davidson actually died during the 9/11 attack at the World Trade Center. Discussing the movie and his personal life, Pete Davidson told CBS Sunday Morning that he wanted the movie to be a "cleansing." He was able to come to terms with his father's death by telling the story. 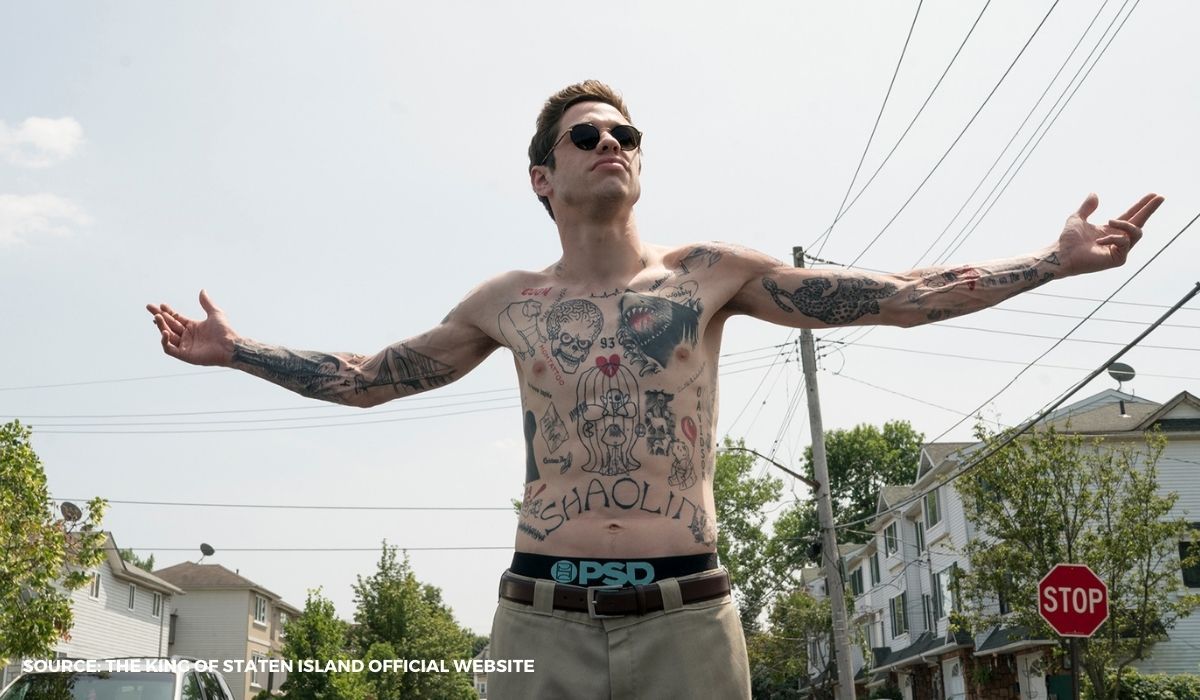 One of the primary difference between Pete Davidson and Scott Carlin is their profession. While Pete Davidson is an accomplished comedian, Scott Carlin aspires of opening a tattoo restaurant. However, no one seems to be supportive of the dream. For instance, his sister thinks it is a bad idea because no one wants to see someone getting a tattoo while they eat. Besides even his friends –  on whom he practices his tattooing skills –  do not like his tattoos. One even call his tattoos "stupid."

In reality, Pete Davidson has a lot of tattoos like his character. He did not want to become a tattoo artist though. Instead, he was passionate about comedy and landed his SNL gig at the age of 20. Moreover, Pete Davidson is not a highschool dropout like Scott. 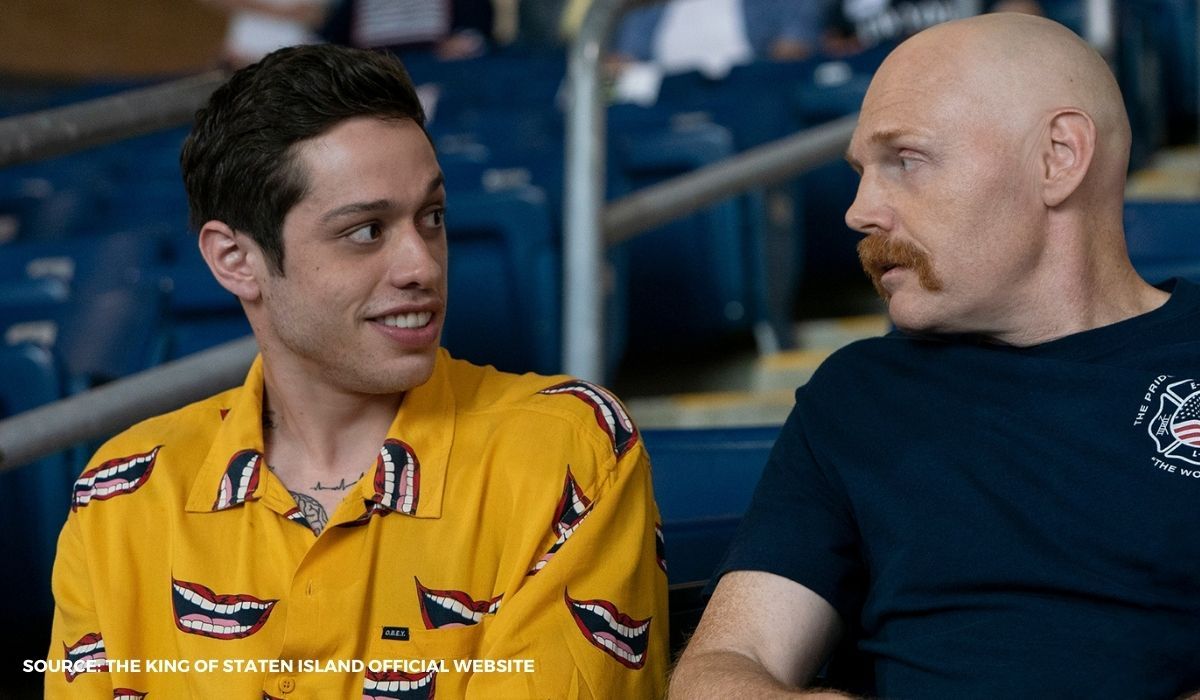 Although not interested in building a relationship with his mother's new boyfriend, Ray, Scott Carlin goes to a baseball game with Ray. There, Ray suggests they eat hotdogs. Scott reveals that he has Crohn's disease. He even goes on to explain his condition in detail, thus embarrassing Ray in front of his friends. Pete Davidson told in an interview with High Times that he suffers from Crohn's disease. He added that weed was the only thing that would help him eat. This is further reflected in the movie when viewers see Scott smoking weed in the movie. Moreover, Pete Davidson's dark circles and lean body structure are often associated with his Crohn's disease. In one scene, Scott Carlin's girlfriend brings an online date to make Scott jealous. She ends up scolding Scott for having dark circles and looking so fatigued.

The King of Staten Island story also gave us an insight into Scott Carlin's psychological struggles. In the movie's opening scene, Scott drives a car recklessly. He has his eyes closed and does not wear his seatbelt. Pete Davidson revealed in an interview with CBS Sunday Morning that he used to do the same thing. He said that he used to drive like that on a closed road at night. In the same interview, he revealed that he had suicidal thoughts that were "pretty dark and scary."

Also Read | Is 'One Night In Miami' Based On A True Story? All About The Regina King Directorial