Joe Jonas turned into Santa Claus for his lady love Sophie Turner. The actor posted a photograph on her story. Read further ahead to know more about it.

Priyanka Chopra and Nick Jonas are out having the time of their lives, and Joe Jonas and Sophie Turner are not far. Sophie and Joe too, are enjoying the festive season in the UK. The couple is celebrating their first Christmas as a couple after tying the knot in summer. Joe Jonas dressed up as a Santa for lady Sansa to make her Christmas extra special. 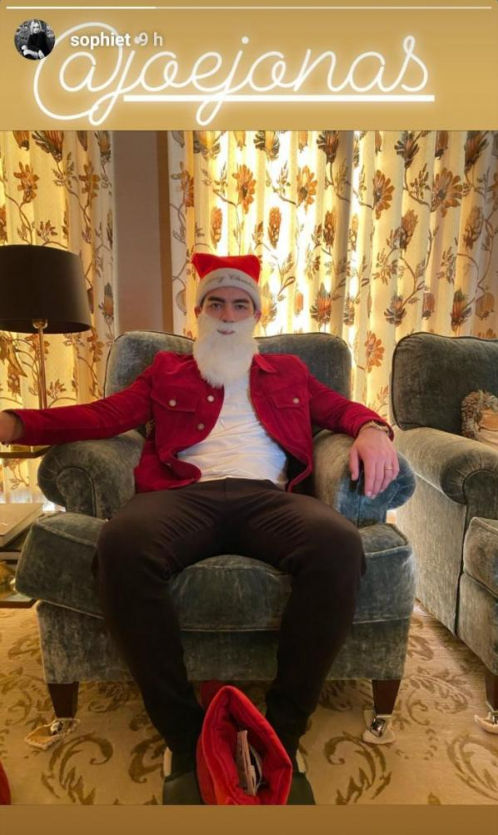 Sophie took to Instagram and posted a picture of Joe Jonas on her story. Joe was seen seated on the couch comfortably in typical red and white attire. The singer also had a bunch of goodies beneath his feet. The couple also dressed up their pet in Christmas festive avatar.

Joe was into the Christmas spirit even before the festive season began. He posted multiple Christmas related posts on Instagram which just went on to show how excited the singer was for the season. He shared a quirky video of himself riding Santa on his shoulder which was created by an illusion toy.