Johnny Depp's Sea of Dawn is a multiplayer online role-playing game set around the time of the Age of Exploration in the 16th century. watch the teaser ahead. 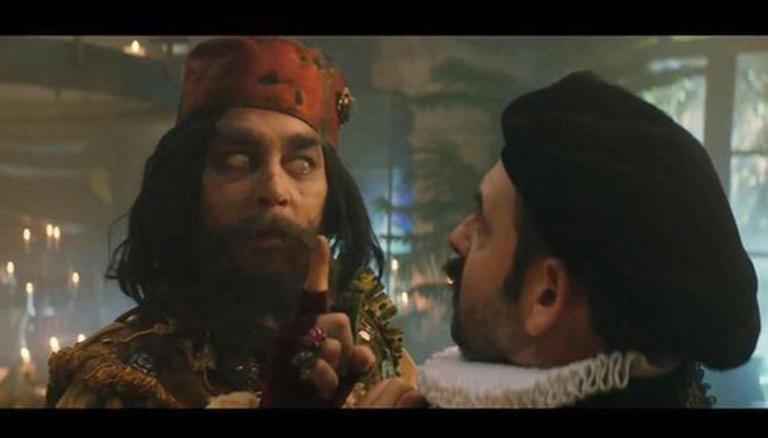 Image: A Still from 'Sea of Dawn' Teaser


While the curiosity of Johnny Depp’s fans has been escalated to watch the actor onscreen after he won the defamation trial against his ex-wife Amber Heard, a thrilling sneak peek of Depp recently delighted them with the release of Sea of Dawn teaser. Set around the time of the Age of Exploration in the 16th century, Sea of Dawn is a multiplayer online role-playing game from Chinese gaming company Changyou that will allow players to decide whether they want to sail in pirate or warships.

Sea of Dawn teaser recently surfaced online and created a buzz among the fans as it featured Johnny Depp in an intriguing avatar of a blind seafarer. The teaser depicts Depp portraying a blind, former adventurer and seafarer named Phillip who narrates the story of his past adventures to a tax collector who comes by his house. The teaser also leaves fans amazed with how Johnny Depp perfectly steps into the shoes of a blind seafarer after his iconic performance in Pirates of the Caribbean.

A behind-the-scene video of Johnny Depp also surfaced online in which he was seen talking about the making of the trailer as well as how he would grab every opportunity for humour. “If there’s an opportunity for humour, I’m going to grab it. I want to watch a character who has the proper chutzpah to do things I would never do,” he said.

READ | Kate Moss opens up on why she testified in Johnny Depp-Amber Heard trial; 'I know...'

Earlier, Johnny Depp met a little fan dressed as Captain Jack Sparrow from his well-known Pirates of the Caribbean franchise, and also went on to hug the kid while posing for pictures. In the clip making rounds on social media, Depp is seen holding a soft toy as he shakes hands with the kid. The actor then sits down on one knee to interact with the fan, following which the duo hugs and poses for pictures.

Image: A Still from 'Sea of Dawn' Teaser