Justin Bieber has announced that he will hold a virtual concert on the occasion of Valentine's Day and will perform his 2013 album titled Journals. Read on.

Canadian pop star Justin Bieber is gearing up to amaze his fans on the occasion of Valentine's Day, on February 14. 2021. The Baby hitmaker is going to perform his 2013 album titled Journals live for the first time virtually. He took to his Instagram account as well to share the update that this will be his first virtual concert.

Also Read | Justin Bieber Talks About Getting Arrested In 2014, Says 'not My Finest Hour'

According to a report by ABC News Radio Online, Never Say Never singer Justin Bieber is all set to perform at his first-ever virtual concert on the occasion of Valentine's Day 2021. The Canadian singer will perform his 2013 album Journals live for the first time. The concert would start on February 14, 2021, at 9 PM ET and will be repeated again the next day, on Monday at 1 PM ET. Bieber took to Instagram and shared the news with his fans and followers as well. His caption read, "See you on Valentine’s Day.. :)" You can see the post here.

Justin Bieber released a statement that stated that he is excited to bring this show to life. He also said that Journals is one of his favourite projects and that he has never performed it live. Journals was released as a digital-only companion to Justin's 2013 concert film Believe and is now considered a fan favourite. Fans of the pop star went berserk when they got to know about his live performance. They took to the Instagram post's comment section and expressed their eagerness and excitement. While one fan wrote, "This is gonna be the best thing ever". another one commented saying, "THIS IS ALL I NEEDED IN LIFE". You can see some of the comments on his post here.

Also Read | Justin Bieber Showcases His 'best Part Of The Day'; Fans Swoon Over His Post 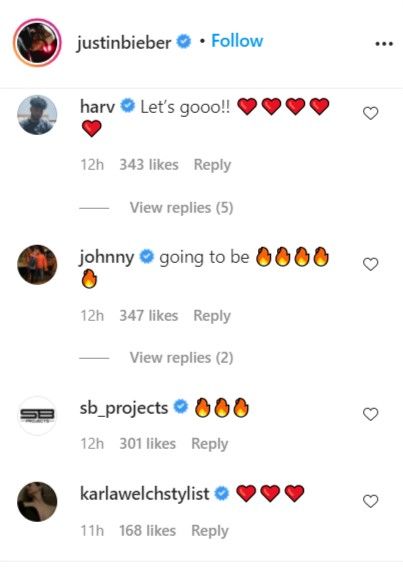 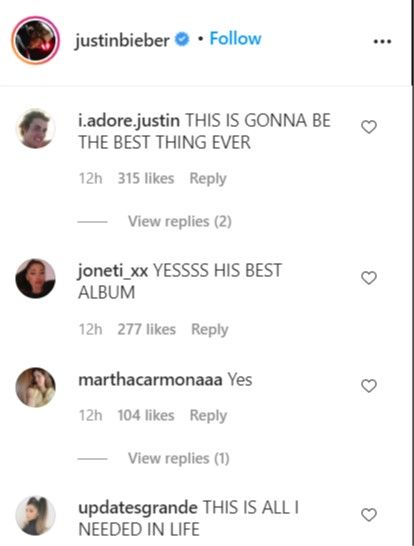 Justin Bieber recently posted an alternate music video of his latest track Anyone that featured his wife Hailey Bieber. A while into the music video, the couple can be seen sharing cozy moments together while snuggling, hugging, and kissing each other. The video directed by Joe Termini includes grainy black-and-white footage that shows some intimate moments between the 26-year-old pop star and his model wife as they cuddle in bed. The rest of the scenes mostly put the highlight on Hailey as his muse as she poses on the cliff, swims, and boards a yacht, among other things. You can see it here.