Kanye West recently took to Twitter and shared a tweet from his payroll where a fake employee named Lauren Greenfield could be seen listed. Read on.

Rapper Kanye West has often in the headlines with his tweets that usually garner netizens' attention. Previously, the rapper had spoken about his life being synonymous with the film Get Out. But this time around, Kanye West took to his Twitter to find information about an alleged fake employee he found on his payroll.

Also read: Justices reject bid by Kanye West to get on Ohio ballot

Kanye West took to his Twitter and wrote, ''Has anyone ever heard of this person ? I just found a fake employee on my payroll!!!'' He also shared an attachment of a blank avatar along with the name Lauren Greenfield written under it. The job position listed under Lauren's name was 'Music Consultant'. However, by the looks of it, Kanye was not aware of this person in any way.

But in true Kanye West style, the tweet has since then been deleted. Controversial tweets are often deleted by Kanye just a few minutes afterward but it does not stop fans from getting a glimpse of it. Similarly, this time around too, Kanye West fans were quick to search for a person named Lauren Greenfield and stumbled upon him and his connection with Kim Kardashian and Kendall Jenner.

So apparently there’s a famous photographer with that name. And Kendall has (or had) a photo by LG in her house.

That wouldn’t explain the “music consultant” tag but that might be more of a data entry issue? https://t.co/6rJnYc4Gco pic.twitter.com/29875LCLF7

Also read: Did Kanye West walk on water during Sunday Service? Check out the tweets

Most of the replies to Kanye's tweet were people poking fun at him. One user wrote that he is the fake employee and asked Kanye to keep the salary coming. However, one fan found out that Lauren Greenfield is a prominent photographer who worked with Kanye's wife Kim Kardashian when she was 12 years old.

Besides this, Kendall Jenner had a photo clicked by Greenfield framed in her house. But this did not clear the confusion regarding why Lauren was listed under Kanye's employee payroll where was termed to be a 'Music Consultant'. While this was going down, Chrissy Teigen also took under Kanye's tweet and posted a hilarious reply where she can be seen seated beside her husband John Legend. Check out her reply below - 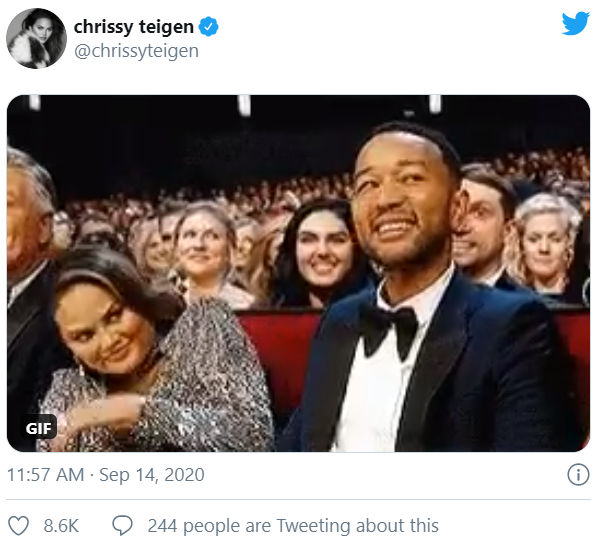 This was not the first time Kanye has deleted a tweet after stirring up the platform. By the looks of it, the fake employee confusion may be an internal matter that West took to Twitter, which was also seen earlier. It is still unsure whether the Lauren Greenfield referred by Kanye was an actual employee or not.

Also read: Kanye West seeks an apology from rappers Drake and J Cole; refers to himself as Nat Turner

WE RECOMMEND
5 days ago
Kanye West seeks an apology from rappers Drake and J Cole; refers to himself as Nat Turner
1 week ago
Did Kanye West walk on water during Sunday Service? Check out the tweets
1 week ago
Kanye West watches Raptors vs Celtics NBA playoffs thriller on a giant 100-foot screen
2 weeks ago
Kanye West claims 'God' wanted him to interrupt Taylor Swift's 2009 VMAs speech
3 weeks ago
Kim Kardashian finally poses with Kanye West for first time since North's birthday, See