TV personality Kathie Lee Gifford was more than happy to announce that her son Cody Gifford tied the knot to his longtime girlfriend Erika Brown.

American television presenter, singer and songwriter Kathie Lee Gifford’s son Cody Gifford tied the knot to his longtime love Erika Brown. The couple who had been together for a long time finally got married over the weekend of Labour Day 2020. Kathie Lee Gifford shared this happy news on her Instagram account.

Along with a caption congratulating the couple, Kathie Lee Gifford also shared an adorable picture of the couple. She wrote that God had given a  glorious day to celebrate the glorious couple, further adding how grateful she was, about it. Kathie Lee Gifford's son Cody Gifford looked dapper in his Navy blue tuxedo, while Erika Brown looked gorgeous in her beautiful wedding gown. The couple kept their ceremony traditional and also dressed accordingly. According to Page Six, Kathie Lee Gifford had earlier announced her son’s engagement on May 30,  2019. 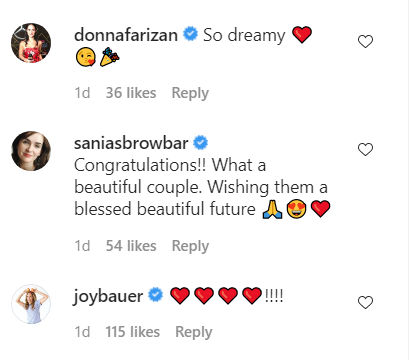 Several celebrity friends of Kathie Lee Gifford left a comment under her picture. Amongst the few celebrities who left comments were Donna Farizan, Sania Browbar and Joy Bauer. A lot of fans also left comments under the latter's pictures, congratulating the couple and wishing them a bright future ahead.

Erika Brown also shared a happy picture with her husband Cody Gifford, on her social media account. Cody Gifford's mother and his sister Cassidy could not keep calm over the two getting married. Kathie Lee Gifford left a comment under the latter's picture and stated that she was the happiest mother in the world since both of her children had married and settled. Kathie Lee Gifford's daughter Cassidy Gifford also left a comment under Erika Brown's picture and mentioned that she looked like a 'real-life princess'.