Kendall Jenner And Gigi Hadid Twerking Has Got Everyone Asking ‘What Is This Song?'

Kendall Jenner and Gigi Hadid's latest video wherein they can be seen dancing together has been going viral on social media. Check out the fun dance video

Models and social media influencers Kendall Jenner and Gigi Hadid have never shied away from rooting for each other and being a constant pillar of support for each other. So, it was not a surprise when the latest video of Kendall Jenner, Gigi Hadid dancing along with close friend Justine Skye went viral on social media which left their die-hard fans with some exciting questions and responses.

The video has Kendall Jenner, Gigi Hadid twerking and showcasing some of their breathtaking dance moves on a groovy song. Kendall Jenner can be seen donning a black printed sweatshirt which she paired with black shorts and white sports shoes. However, it is Kendall Jenner's twerking which is stealing the show in the entire video.

Also Read: Kendall Jenner Clears The Air; Clarifies She Is NOT Going Out During Self-quarantine 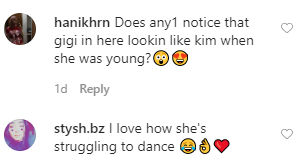 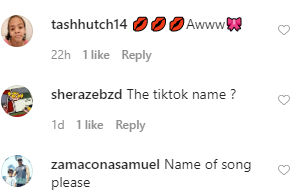 I'm just waiting for @KendallJenner to do tik tok, looking forward to that day. Can I hope? ðŸ˜ðŸ˜ðŸ˜ðŸ˜ðŸ˜ pic.twitter.com/5htyH0wLh0

PEOPLE HAVE PLEDGED SO FAR
LATEST NEWS
View all
20 hours ago
Brad Pitt's movies that have been adapted from bestseller novels: Here are some of many
19 hours ago
Check Nick Jonas' 'Happiness Begins' creative edits made by his fans
6 hours ago
'Jurassic Park' filming locations that can be your next potential holiday destination
18 hours ago
'Return to Mayberry' filming locations: California brought to life this fictional town
38 mins ago
George Floyd's memorial service attended by Kevin Hart, Tiffany Haddish in Minneapolis