'Wrecking Ball' singer Miley Cyrus recently posted a picture on her Twitter profile where she can be seen celebrating the festival with her beau Cody Simpson.

Miley Cyrus was in the news when she announced her divorce with husband Liam Hemsworth early this August. Since then the American singer has been linked to Australian musician Cody Simpson. Confirming the media rumours, Miley Cyrus posted a picture with her beau, Cody Simpson, celebrating Christmas. In the social media post, she even had a piece of advice for all her fans. She said, "start dating your bestfriend Asap."

Miley Cyrus and Cody Simpson, who reportedly started dating early this year, have been good friends for a long time. The couple was spotted at a public place getting cosy with each other, which fuelled rumours of them dating. The couple kept the media and fans on their toes, until October'19, when Cody confirmed that they were dating and revealed that they were very happy together. In an interview given to a leading newspaper daily, Simpson said that they are having a ball dating each other. The couple, who has been dating for a few months now, was also seen celebrating Thanksgiving with Miley's family. A picture of the same was posted by Miley's sister Noah Cyrus, where the couple is seen celebrating the festivities together.

Have a look at the picture:

Also Read | Miley Cyrus: Here's Everything You Need To Know About The Singer's Family Members

After Thanksgiving festivities, reports of Miley Cyrus and Cody Simpson celebrating Christmas with their families started doing the rounds. Just one day after Miley Cyrus and her boyfriend celebrated Christmas together, the couple went on a romantic date, where the duo was seen engaging in mushy romantic banters.

Check out Miley Cyrus and her Christmas celebrations: 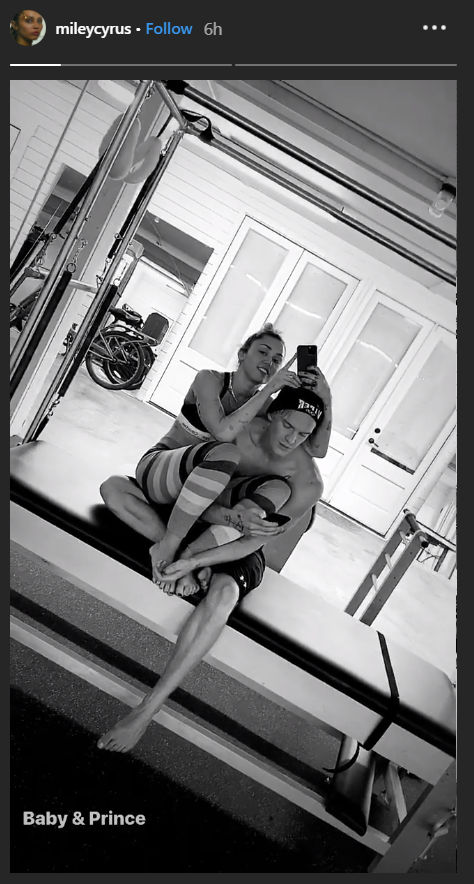 PEOPLE HAVE PLEDGED SO FAR
Cody Simpson’s sister Alli denies rumours of Miley Cyrus-Cody Simpson breakup; see details
Miley Cyrus: Here's everything you need to know about the singer's family members
Liam Hemsworth, Miley Cyrus finalise divorce
How your favourite stars, Miley Cyrus and Kylie Jenner, spent their Christmas; see pics
'I keep in touch with her' admits Ben Affleck, on relationship with ex-girlfriend Lopez
The One Where the 'Friends' meet again; Could Twitterati be more excited for this?
Anthony Hopkins to take up the role of Mike Tyson's coach in 'Cus and Mike'
DO NOT MISS
ROMI DEV ON '83'
DON RAVI PUJARI ARRESTED
SHAHEEN BAGH MEDIATOR MOVES SC
SPECIAL 'ALL-VEG' MENU FOR TRUMP
SACHIN WINS FANS FOR HUMILITY
SHARMA BAGS 11TH 5-WICKET HAUL