Nick Jonas is a celebrated international artist. Nick alongside his brothers Kevin and Joe got candid in an interview and shared some interesting secrets.

Nick Jonas is an International music artist who has tons of accolades under his credit. His musical band "Jonas Brothers" with his brothers Kevin Jonas and Joe Jonas is counted amongst the most celebrated bands of all time. Nick Jonas is known for his charming personality, mesmerizing voice and witty nature.

Read: Nick Jonas’ Top Headline-making Quotes That Speak A Lot About His Experiences

Some of the most popular songs of the Jonas Brothers include Sucker, What a man gotta do, jealous, cool, close and Chains amidst several others. During an interview, while promoting their documentary titled Chasing Happiness to a media publication, the Jonas Brothers got candid and revealed some hidden secrets about themselves. Let's take a look at what Nick Jonas and his brother said.

Riveting secrets about the Jonas Brothers

1. Nick Jonas is a diabetic and it is a well-known fact, however, Nick's disease had a huge impact on the entire family. As per Kevin and Joe Joans, it was difficult for the family to accept that Nick is suffering from such serious issues, that too at such a young age.

2. In the year 2013, Nick Jonas and Joe Jonas played Jonas Brother's tracks in a radio show without Kevin Jonas. This did not go down well with Kevin and he was immensely hurt, so much so that it took him quite some time to forget about the incident and get back to normal.

3. The 2008 blockbuster film titled Camp Rock was a huge breakthrough for the Jonas Brother. It starred celebrated singer Demi Lovato and Joe Jonas in the lead role. It is a lesser-known fact that originally only Joe Jonas was signed for the film.

Read: Priyanka Chopra And Nick Jonas 'hope Everyone Is Okay' In A Video Posted By Them

4. Kevin Jonas also talked about his struggle as a kid, when he was bullied in school. Due to his family's financial issues, Kevin Jonas used to participate in several events at school like gymnastics, magic and pole vaulting. As these were not popular co-curricular activities, his school mates used to bully him. 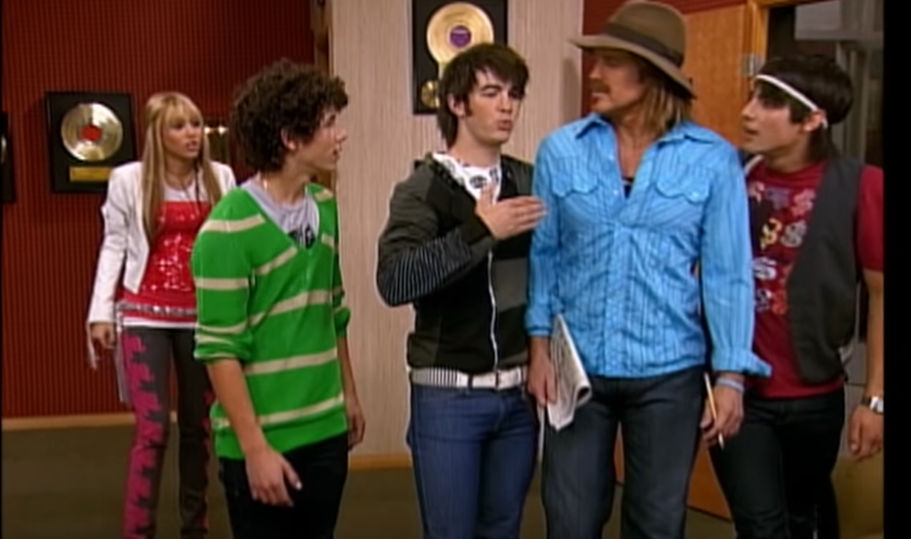 5. Kevin Jonas and Joe Jonas also went on and talked about Nick Jonas's crush on singing sensation Miley Cyrus in 2007. So much that Nick Jonas started writing love songs post he met Miley Cyrus. The Jonas Brother featured in one of Hannah Montana's episodes as guests.

6. During the interview, Nick Jonas and Joe Jonas revealed that they were not a fan of their brother Kevin Jonas's reality show Married To Jonas. It aired on TV in 2012 and 2013 and was all about Danielle Daleasa's marriage to Kevin Jonas.

Read:Nick Jonas, Joe Jonas And Kevin Jonas Know How To Kill It In Coordinated Concert Outfits