Taking to Twitter, Ryan Reynolds recently gave clarification on his comment when the actor hinted that he will become the new James Bond after Daniel Craig. 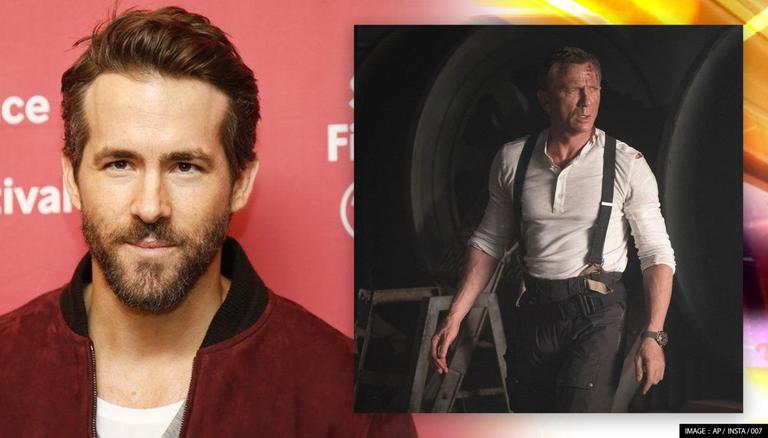 
After Daniel Craig's last movie as James Bond recently hit the screens, the fans began wondering who will become the next James Bond. Amid all this chaos, Ryan Reynolds opened up about his thoughts on playing the next James Bond. As the rumours emerged about Reynolds essaying the iconic role of James Bond in the upcoming movie, he took to social media to drop clarifications on his comment. Take a look.

I promise you I was not even remotely serious here. pic.twitter.com/X3rglofttU

As the fans began speculating whether he will be cast as the next James Bond, he took to Twitter and clarified his comment stating that he was not even 'remotely serious' during the time he made the James Bond comment. Many fans reacted to his clarification and advised that he could become the next James Bond while some others felt sorry for him. Some fans also praised the actor and stated how inspiring he was and shared laughing emojis in the comments to depict how Ryan's comment created chaos among the fans.

Ryan Reynolds is currently gearing up for the release of his upcoming  American science fiction film, The Adam Project and Christmas-themed musical film, Spirited. Directed by Shawn Levy, The Adam Project will star Ryan Reynolds, Jennifer Garner, Zoe Saldana, Mark Ruffalo, Catherine Keener, and Walker Scobell and is slated to hit the screens in 2022, On the other hand, Spirited will cast Ryan Reynolds as Ebeneezer Scrooge with others namely Will Ferrell, Octavia Spencer, Sunita Mani, Patrick Page, and others.