Ryan Reynolds Reveals Who Is The Favorite Member Of His 'pack' At Home; Know Here

Ryan Reynolds, who is known for essaying the character of Wade Wilson/Deadpool, reveals who his favourite member of the family really is. Read on for more

About Betty, the youngest member of the Reynolds-Lively family:

Betty Reynolds was born on 19 October, 2019. The name of Ryan Reynold's third daughter was jointly and unconventionally revealed by Reynolds and American pop sensation, Taylor Swift. At one point in time, Ryan Reynolds' Instagram stories section was seen being promoting Taylor Swift's song, Betty. Just a short while later, Swift would go on to confirm that the title of the song and that of the name of the main character in the story that was being communicated through the musical number was inspired by Reynolds' youngest born. This suggests that the pop icon was in on the information ahead of it being made public. The story snippet from Ryan Reynolds' Instagram stories section can be found below.

Also Read: When Ryan Reynolds Spoke About The One Thing About Fatherhood That Freaked Him Out 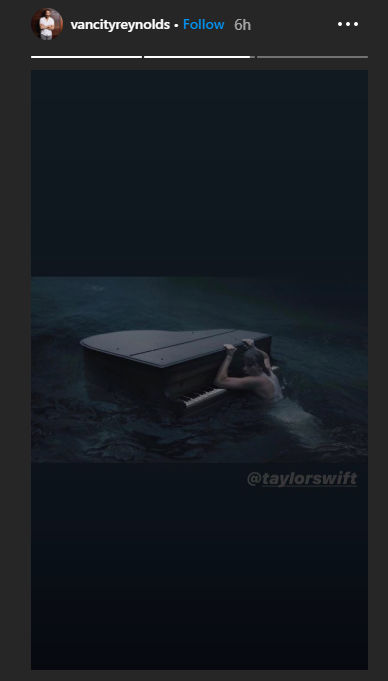 Also Read: Ryan Reynolds' Wife Blake Reveals What Is Off-limits When It Comes To Online Trolling

Apart from the Croods sequel, Ryan Reynolds has a few movie projects in his kitty. One of them is The Adam Project. The Adam Project, a Netflix Original film, is directed by Shawn Levy, who is accredited with helming projects such as the Night In The Museum film series and Stranger Things. Reynolds has one more movie in the pipeline that is due for release, which is a film called Free Guy. Free Guy is helmed by Shawn Levy as well. The action-comedy also stars Jodie Comer, Joe Keery, Taika Waititi, and Channing Tatum, amongst others.