Ryan Reynolds is currently working on The Adam Project for Netflix. It is a science fiction film directed by Shawn Levy. Recently, the actor shared an NSFW video of his child co-stars from the sets reciting his Deadpool 2 monologue.

Newbie child actor Walker Scobell will be playing a younger version of Ryan Reynolds in The Adam Project. It seems that he is leaving no stones unturned to get the character right. Reynolds shared a video on his social media handles in which Scobell is reciting the swear-filled Deadpool 2 monologue.

Walker Scobell remembers the whole scene by memory. He dedicates it to Ryan Reynolds while the two are sitting in a van. Reynolds is making the video by trying to keep a straight face but laughs off in the end. However, Wade Wilson himself agreed that his 12-year-old co-star is “WAY too young” to know the sequence by heart of the R-rated superhero film.

Ryan Reynolds' video from The Adam Project sets featuring Walker Scobell grabbed much attention on his Instagram handle. It has crossed eight million views with more than nine thousand comments on the social media platform. His co-stars from the film, Jennifer Garner and Zoe Saldana, also left a comment with the former asking Reynolds what he has done to the kid. Check out a few reactions below. 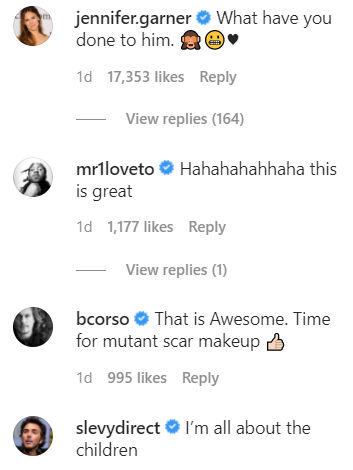 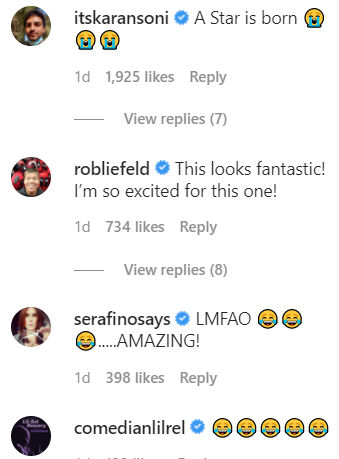 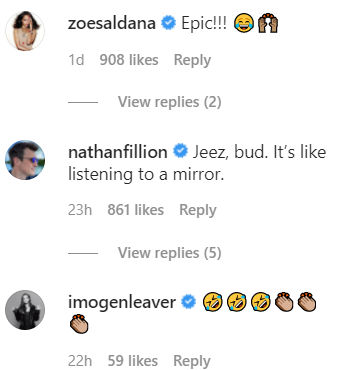 The Adam Project cast includes Mark Ruffalo, Alex Mallari Jr., and Catherine Keener. Ryan Reynolds will be playing a man who travels back in time to get help from his 13-year-old self. Together, they must find their late father, who is now the same age as Reynolds, and set things right in order to save the future. Ruffalo is set to portray Reynolds’ dad, who is a brilliant physicist. Keener will be the movie’s villain, a woman who has stolen powerful technology from the physicist. Appearing in his first professional project, Walker Scobell will essay the younger self of Reynolds, while Mallari Jr. is the antagonist’s right hand.

The project is financed by Shawn Levy’s 21 Laps Entertainment, Ryan Reynold’s Maximum Effort, and David Ellison’s Skydance Media. Dana Goldberg and Don Granger also serve as executive producers. The film has commenced its production in November 2020, in Vancouver, Canada. The Adam Project premiere date is yet to be announced by Netflix.