After Hugh Jackman shared an emotional post on 'Logan', Ryan Reynolds took to Instagram to share a Deadpool meme to mark the day & troll the 'Wolverine' actor.

Three years ago in March, the final Wolverine movie Logan hit the silver screens. To mark the 3rd anniversary of the film, Hugh Jackman who played the protagonist in the movie took to his social media to share an emotional post. Jackman played the beloved character on-screen for 17 years starting with the first X-Men live-action film in 2000 and officially retired from the role in 2017 with the final film, Logan. The actor took to his social media to thank his fans for his "role of a lifetime".

3 years ago, on this day, LOGAN was released. Thank you for the many (and I really mean MANY) years of sweat, steamed chicken and the role of a lifetime! #thankful #Wolverine #xmen #Logan pic.twitter.com/RLn5eaI4V5

While Jackman was emotional with his post, actor Ryan Reynolds celebrated the day with another dig at the actor. Reynolds’ video is a clip from Deadpool 2, in a scene that visually references the circumstances of Wolverine’s demise. Hugh Jackman commented on the post asking Reynolds if he was jealous.

Ryan Reynolds continued this banter with a hilarious meme. 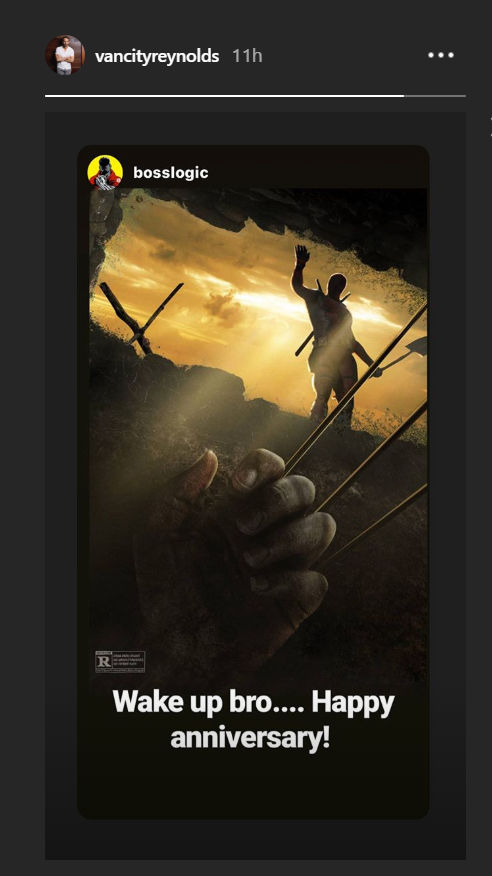 The banter between the two no longer come as shock to the X-Men fans. The Ryan Reynolds-Hugh Jackman duo is known to engage in a fun social media banter every now and then where they make fun of each other. They never fail to amuse the fans with their comments on each other's posts as well as with the hilarious pictures they share. Fans are now waiting to see what Hugh Jackman has to say for the Deadpool actor's story.

ALSO READ | Will Ryan Reynolds' 'Deadpool' Barge In On The God Of Thunder In 'Thor 4'?

PEOPLE HAVE PLEDGED SO FAR
Ryan Reynolds and Hugh Jackman's funny social media banters over the years
Ryan Reynolds' Deadpool and Hugh Jackman's Wolverine are real-life BFFs
Will Ryan Reynolds' 'Deadpool' barge in on the God of Thunder in 'Thor 4'?
Ryan Reynolds' best animated films that 'Deadpool' fans must watch
Actor Paul Walker's daughter Meadow shares an adorable unseen video of her father
John Prine dies at the age of 73 due to complications created by Coronavirus
Cannes Film Festival 2020 won't go digital as the films "Deserve more than a small screen"
DO NOT MISS
LOCKDOWN TO BE LIFTED IN PHASES?
BMC MAKES WEARING MASKS MANDATORY
DECISION ON LOCKDOWN EXTENSION
UP TO SEAL 15 DISTRICTS
CONG SINGHVI ON COVID-19 LOCKDOWN
MAN THRASHED BY MINISTER'S GOONS