'Saturday Night Live' goofed on Amazon's Jeff Bezos with his own 'Star Trek' series and there was even Elon Musk in the sketch as the new season kicked off. 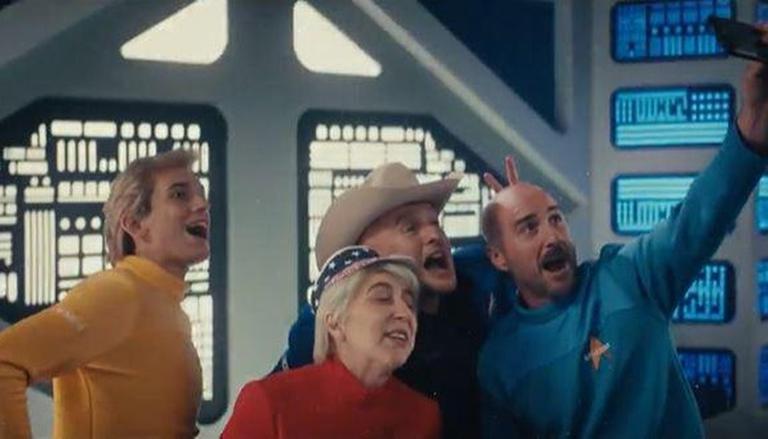 
Saturday Night Live premiered its 47th season on Saturday and the event was marked in style with some fun-filled acts on the show. One of the highlights of the show was the trailer of a Star Trek-inspired series sketch on billionaires going to space, leading to some interesting situations. Guest host Owen Wilson led the way by stepping into the shoes of Amazon founder Jeff Bezos. The makers quirkily fit the billionaire into the setting of Star Trek in a sketch that delivers quirks for close to two-and-a-half minutes.

Jeff Bezos' Star Trek has been titled Star Trek: Ego Quest. It portrays the “The Voyage of SS New Shepard and its Random Weirdo Crew”. The series took a dig at Bezos with mention of their 'mission' to jut 'fly around' and 'goofing off'.

There is also the appearance of Elon Musk, whose character is played by Mikey Day, and his Space-X ship. Musk even has a   warning for Bezos, quipping that there was space for only one 'weird white billionaire.'

Owen Wilson's brother Luke Wilson enacts the role of Bezos' brother. Andrew Dismukes playing the role of the vessel's science officer and Heidi Gardner essaying the part of aviator Wally Funk rounded the cast of the act. Richard Branson’s (Alex Moffat) Virgin Galactic vessel too is thrown into the mix as they embark on a 'mid-life crisis of cosmic proportions.' ,

Kenan Thompson too joins in the fun ride as he portrays the role of an Amazon delivery executive, who comes to deliver a package, but is sent away by Bezos.

This is not the first time that SNL has taken off the Star Trek franchise. SNL had even created a sketch about the cancellation of the 1976 series.

One of the other highlights of the show was the act involving a new United States of America President Joe Biden, played by James Austin Johnson. Kacey Musgraves performance of Justified and Camera Roll added charm to the funny ride. The next episode is set to have Kim Kardashian as a host.

Rami Malek and Jason Sudeikis are among the other celebrities to be hosts on the show.