The French action thriller 'Sentinelle' released on Netflix last week. Read more to know about the cast and other details about the movie.

The latest French action thriller Sentinelle has been gaining popularity ever since it was released last week. The movie was released on Netflix on March 5, 2021, and since then it is trending in several countries around the world. The official plot description about the movie on Netflix reads as, “Transferred home after a traumatising combat mission, a highly trained French soldier uses her lethal skills to hunt down the man who hurt her sister.” The Sentinelle review has been mostly positive and the audience is all praise for the performances of all the actors. A lot of people have been curious to know about the cast of Sentinelle. For all the people who are wondering about the Sentinelle cast, here is everything you need to know about it.

Former Bond girl Olga Kurylenko is playing the lead role in the cast of Sentinelle. She was an interpreter for the French Army before being transferred home in Nice after facing a traumatising event. She goes against the law and uses her lethal skills to take revenge on the man who hurt her sister. Olga Kurylenko became a global sensation after starring in the 2007 movie Hitman. She was also cast as Bond Girl Camille Montes in Quantum of Solace next year. Since then she has appeared in several hit movies

Also Read | Where Was 'Sentinelle' Filmed? Here Are The Shooting Locations

Marilyn Lima is playing the role of Tania in the Sentinelle cast. She is the sister of Klara in the movie. The French actor is well known for her movies like Bang Gang (A Modern Love Story) and Une sirène à Paris among others. She has also appeared in several TV movies and music videos.

Also Read | What Time Does 'Sentinelle' Release On Netflix? All About The Olga Kurylenko Starrer 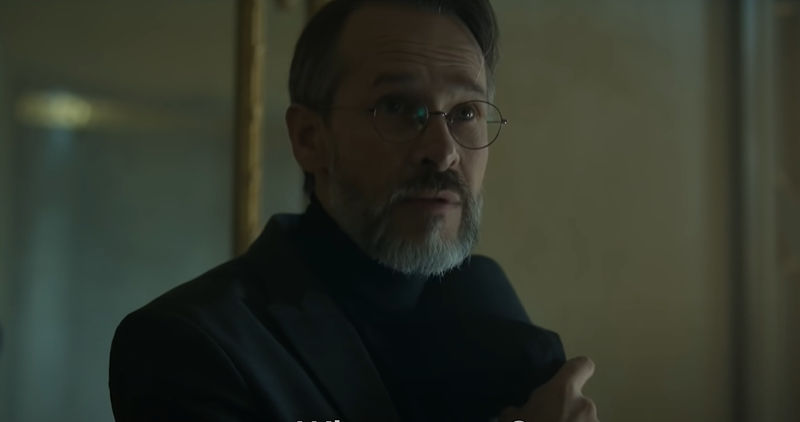 Leonid Kadnikov is played by Michel Nabokoff in the cast of Sentinelle. He is the antagonist in the movie who reveals to Klara that he has raped her sister and not his son Yvan. He is well known for his roles in the movies Problemos, The Mystery of Henri Pick among others.

Also Read | 'Need For Speed' Cast: Meet The Cast And Crew Of The Racing Drama Flick

Martin Swabey plays the role of Lieutenant Eric Jaubert in the Sentinelle cast. His role is of a supporting actor in the movie. Apart from being an actor, he is also a well-known writer. He is best known for his movies Mr Nobody, The Command and Reiki among others.

Carole Weyers plays the role of Capitaine Catherine Muller in Sentinelle. She is the leading officer in the case of Tania who identifies the suspect as Yvan Kadnikov. The actor has appeared in several stage plays before making her mark in movies. Some of her best TV shows and movies are Manh(A)ttan, Grey's Anatomy, Winterlong among others.

Image Credits: Stills from the trailer