The retired American actor Shelley Duvall recalls enduring a 'very hard' time under the direction of Stanley Kubrick for the horror film 'The Shining'. 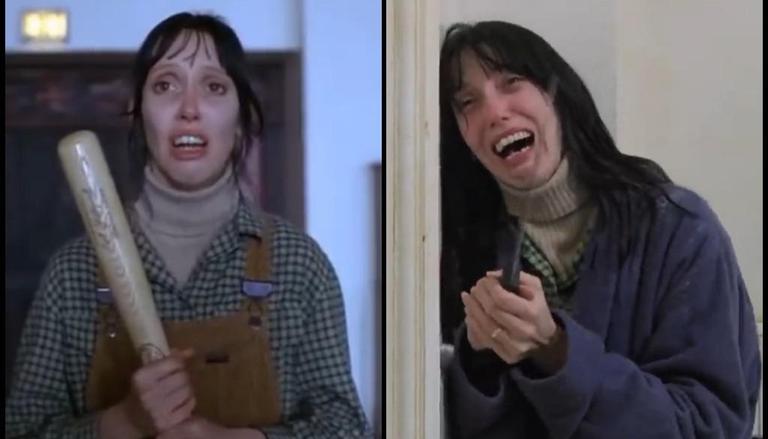 The Shining fame Shelley Duvall has been out of the Hollywood spotlight for decades now. Duvall left Los Angeles in the mid-‘90s after the Northridge earthquake damaged her home that led to financial troubles and she eventually had to move to rural Texas. Years later in 2016, she appeared in an interview with Dr. Phil McGraw who exploited Duvall’s struggle with mental illness. Recently she sat with Seth Abramovitch from The Hollywood Reporter and recalled enduring a ‘very hard’ time while filming The Shining.

Shelley Duvall in The Shining

In the interview with The Hollywood Reporter, Duvall described The Shining director Stanley Kubrick’s filming method to be ‘difficult’ to work with. She recalled Kubrick did not print anything until at least the 35th take. Duvall described thirty-five takes of running, crying and she also had to carry a little boy which got hard for her. And to give a full performance from the rehearsal was difficult for her. Even though she defended the director by describing his nature to be ‘warm’ and ‘friendly’ towards her, she eventually admitted he had an abusive and violent ‘streak in him’. She expressed her body could not take it anymore. She said after a while, her body started to rebel. She reflected to have a dreadful feeling to wake up on Monday mornings only to realize she has to cry all day. She kept saying to herself “I can’t, I can’t” and she still doesn’t know how she did the entire film.

Her co-star, Jack Nicholson, noticed the negative impact on her mental health and she recalled him saying to her on set that he wondered how she did the work. Kubrick sometimes demanded over a hundred takes for certain scenes, most of which required Duvall to be in a state of extreme distress and panic as her maniacal husband, played by Nicholson, who tried to kill her in the movie. Duvall hasn’t watched the film in decades and when she was shown the iconic scene of her running up the staircase as Nicholas chased her, she started to cry in the interview. She revealed they filmed the scene for about three weeks and every day it was very hard and she described Nicholson to be both "good and scary". She said she can only imagine how many women go through this kind of thing in their life.

Also Read: 'The Shining' Movie From 1980 Labelled As 'misogynistic' By Stephen King

Shelly Duvall made her Hollywood debut in Robert Altman’s directional Brewster McCloud in 1970. She had her breakthrough with the thriller film 3 Women in 1977 for which she won Cannes Film Festival Award for Best Actress and she also earned a nomination for the BAFTA Award for Best Actress in a Leading Role. Her other popular films are Popeye, Time Bandits, Frankenweenie, Roxanne, The Portrait of a Lady, and many more. Her last performance was in Gabrielle Burton’s directional Manna from Heaven in the year 2002 after which she retired from acting.

Image Source: Stills from The Shining

Also Read: The Shining Ending Explained: How Does Jack Torrance Die In The Climax?

Also Read: The Undertaker Turns 55: Movies Of Mark William Calaway To Watch On His Birthday