Taking to Instagram, Timothee Chalamet recently shared details of how he along with the fashion designer, Ackermann supported Afghanistan's women and children. 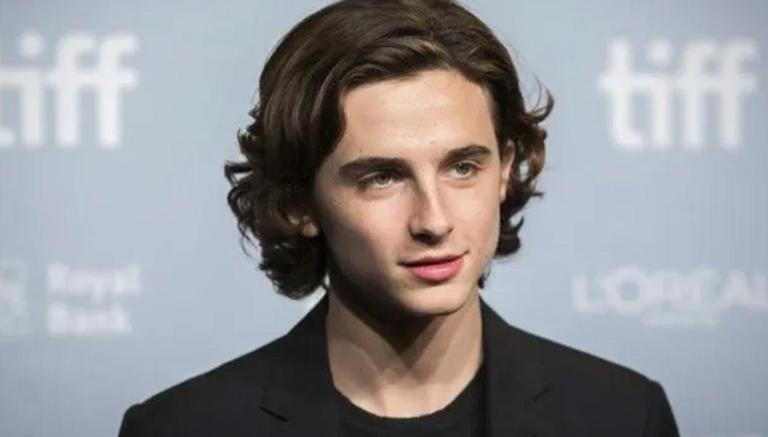 
Timothee Chalamet, the American actor best known for his performances in 'Dune' & 'Little Women', recently revealed how he had been wanting to make something over a couple of years since the time he learned about the horrific incident in Afghanistan via a social media post. His fans further took to his post and thanked him for putting in efforts for the women and children of Afghanistan while others added how inspired they were by his sweet gesture.

Timothee Chalamet recently took to his official Instagram handle and shared a series of pictures depicting customised hoodies whose proceeds will go to his and Haider Ackermann's relief organisation that has been fighting to safeguard women’s and children’s rights.

The caption read, "So for a couple of years now @h.a and I have been wanting to make something. Together, in August, we were horrified to learn of the ongoing humanitarian crisis in Afghanistan and decided to design a hoodie where 100% of the proceeds will go to @afghanistanlibre : a relief organization with boots on the ground that fights to safeguard women’s and children’s rights - as those atrocities continue to spread, we should amplify the voices of those silent soldiers. link in my story peace and love" (sic)

Many fans took to Timothee Chalamet's Instagram post and praised him for his noble gesture while many others stated how proud they were of him. Some of them also showered hearts and heart-eyed emojis in the comments section to express their love for the actor while others mentioned how his gesture was so inspiring for all of them. Some also praised him for using his platform in this awesome way. Take a look at some of the fans' reactions to Timothee Chalamet's latest Instagram post and see how his fans poured in love for him. 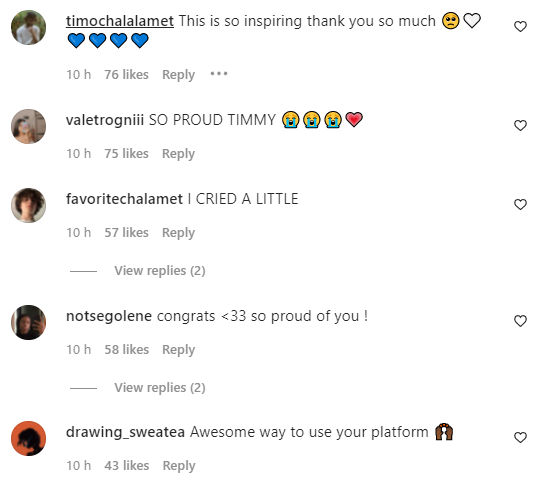 He is currently gearing up for the release of his upcoming movies namely Bones & All and Wonka that is set to release in 2022 and 2023 respectively. Some of his other popular movies include Dune, Men, Women & Children, The Adderall Diaries, A Rainy Day in New York, Don't Look Up, The French Dispatch, and many others.

READ | After makers confirm sequel of Timothee Chalamet starrer, will there be a 3rd 'Dune' film?