Hollywood actor Tom Hanks is set to host a TV special program titled 'Celebrating America' on January 20, the night of Joe Biden's inauguration. The program aimed to celebrate the spirit of all the frontline workers and people who have contributed to society with their noble and humanitarian work. The special program will also witness performances by some Hollywood A-listers which is going to be the highlight of the program.

The primetime special will witness performances by a bevvy of stars including Demi Lovato, Justin Timberlake, Jon Bon Jovi and Ant Clemons. In the upcoming dates, several other names of the performers will also be shared with fans. The stars took to their respective social media handles and announced the news with their fans. Apart from the fans, the official Twitter handle of Biden Inaugural Committee also shared a post while informing fans about the program. "Following the historic inauguration of @JoeBiden and @KamalaHarris, we will be hosting a special program at 8:30pm ET! Hosted by @tomhanks, our “Celebrating America” event will include performances from @AntClemons, @jonbonjovi, @ddlovato, @jtimberlake, and more!," the post read. The 90-minute “Celebrating America” special will be broadcasted live on ABC and several other US media networks. Besides, it will also live stream digitally on YouTube, Facebook, Twitter, Twitch, Amazon Prime Video and many more for people to watch it from all across the globe.

Following the historic inauguration of @JoeBiden and @KamalaHarris, we will be hosting a special program at 8:30pm ET!

A few months ago @AntClemons and I wrote BETTER DAYS. This song was our way of doing what little we could to encourage everyone to stay hopeful and to keep working towards a better future. I’m honored to announce we’ll be performing it for the Inauguration. pic.twitter.com/aes5gXdEww 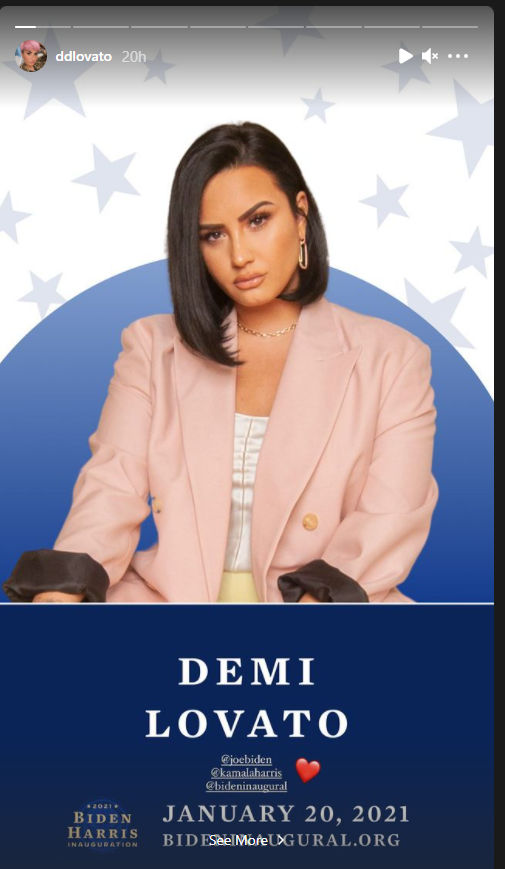 The post by Biden Inaugural Committee also gave a brief about the event and wrote that the program will highlight the strength of democracy and the ability of people to come together during trying times and emerge stronger than ever before. Other than this, on January 18, the handle wrote that the committee will be honouring the spirit of Martin Luther King Jr. by participating in the National #DayofService. The National Day of Service is an opportunity for all Americans to unite and serve at a time when the global pandemic calls on all people to work together and support the communities. Joe Biden and Kamala Harris would grace the special program towards the end and will give their remarks while touching on the diversity and talent of America.

The program will highlight the strength of our democracy and our ability to come together during trying times and emerge stronger than ever before. ðŸŽ¥