Unseen Pic Of The Day: Rare Photo Of Prince Harry From His Childhood Days

For today's unseen picture of the day, here's a picture of Prince Harry from his childhood. The Duke of Sussex is celebrating his birthday today, Sep 15.

Prince Harry is celebrating his birthday today, September 15. Here is a throwback childhood picture of the Duke of Sussex. In this picture, he is seen looking at the camera with an intense expression. Prince Harry is seen wearing a blue and black jacket with a grey turtleneck.  He looks unrecognisable in the picture. Many users praised Prince Harry for his picture. One of the users called him ‘blessing’ while many of them send their birthday wishes for Prince Harry. Take a look at Prince Harry's unseen picture. 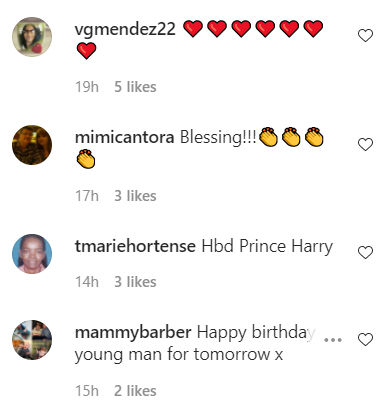 Prince Harry and Meghan Markle recently confirmed the news of their Netflix deal. Harry and Meghan would make documentaries, television shows, children series as well as feature films under this Netflix deal. The news comes after the rumours of the couple and their Hollywood plans. According to the NYTimes, the Duke and Duchess of Sussex have made a production company that is yet untitled, however, the couple has also signed a multi-year deal with Netflix who will pay them to create different contents in the form of docuseries, scripted TV shows etc.

According to Variety, the couple intends to work on diverse communities and their environments and thus throw light on various communities. They also intend to make inspiring family content with powerful storytelling. They are working with Ted and his team at Netflix to share impactful content across generations. ed Sarandos is the co-CEO and chief content officer of the OTT platform Netflix. A nature docuseries along with an animated series that focuses on inspirational women are some of the few contents that the duo is focusing on along with several other projects which are in development, some of which already are developed.

Duke and Duchess of Sussex and their recent work

Meghan Markle recently narrated the Disney Plus docuseries, Elephants. On the other hand, Prince Harry cut a deal with Oprah Winfrey for an Apple+ docuseries about mental health. Prince Harry also made a surprise appearance in Netflix’s Rising Phoenix trailer. The documentary tells the story about Paralympic Games.

Recently, a book on the biography of the couple and their lives was released. Finding Freedom: Harry and Meghan and the Making of A Modern Family is a biography of Meghan Markle and Prince Harry. The book is written by the American-based Royal reporters, Carolyn Durrand and Omid Scobie and published by Harper Collins. The book was released on August 11, 2020.