Who Is Alev Aydin? Get To Know About Halsey's Boyfriend And Her Pregnancy News

Halsey is revealed to be pregnant and social media is at unrest. Who is Alev Aydin? Get to know Halsey's boyfriend and her pregnancy news. 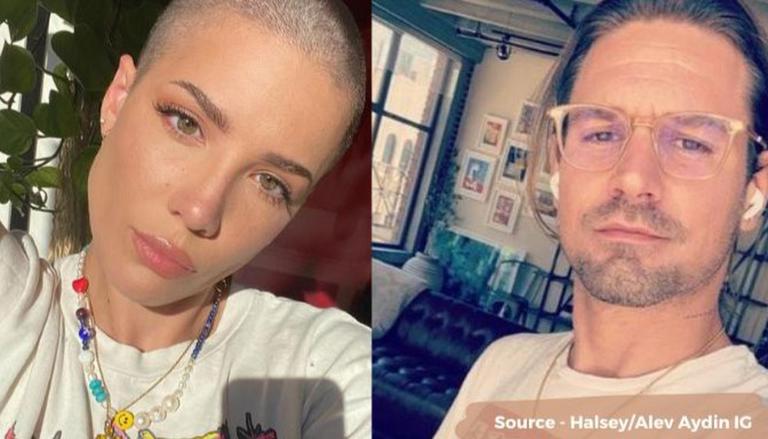 If you're one of the many people who spent most of 2016 singing "so baby pull me closer", you would have become a Halsey fan there and then. The famous singer-songwriter announced that she's having a baby last night and the social media is at unrest ever since. Out of the storm full of congratulatory comments from celebrities and fans, one was of the dad-to-be who completed the essence of the photo with a heartfelt comment.

"Heart so full. I love you, sweetness," his comment read, to which the mom-to-be replied, "I love you!!!! And I love this mini human already!" The couple has been reportedly dating for several months now. A source revealed to People tabloid that they spent a lot of time at her house in the fall and that she looked happy. Here's everything you need to know about Halsey's boyfriend, Alev Aydin.

Who is Alev Aydin?

Alev Aydin is a budding actor, producer, director and screenwriter who is best known for creating the 2017 TV series Small Shots, about two actors trying to break into Hollywood. The series had seen a substantial success when it released on Netflix US. He started his journey in Hollywood as the actor, writer and producer of the movie Lonely Boy, for which he received the Best Feature Film award at two major film festivals. His other work comprises of HipMen: Los Angeles, Controller, Cruel Hearts and Mother Hen.

Aydin is a proud Turkish. If you take a look at Alev Aydin's Instagram, you will notice that he often travels across his homeland to not miss out on the patriotic sentiments. His most recent post on Turkey was that of rather bittersweet memory.

Aydin was first spotted with Halsey in a picture taken by Daily Mail in October 2020. The couple was seen picking up art supplies from a store in L.A. But before gracing the town of L.A. alongside Halsey, Aydin had actually featured with Halse in a much-talked-about Instagram post of Tattoo artist Amanda Owley. In a post dated back to June 2020, Amanda posted a picture of the couple sporting a matching tattoo of the word "Seeds". While Aydin got it inked on the top of his foot, Halsey made it near her heel.

The screenwriter also featured in Halsey's most recent New Year's Eve story, which was dedicated solely to Alev. "Grateful for you this year and every year, sweets. seni çok seviyorum," the caption read. Fans failed to keep calm as they all stormed off to look up the meaning of the Turkish phrase, which was soon revealed to be "I love you so much".

omg halsey and alev aydin are friends?? she even said “seni çok seviyorum” which means i love you so much in turkish 😲 i didn’t know about this pic.twitter.com/8erKDGU0HD

Also Read - What Is BTS Winter Package? What Does It Contain? Details Inside