After being faced with MeToo allegations, music composer Anu Malik has stepped down from his position as the judge of Indian Idol Season 11, which is currently on air. On Thursday, news agency IANS cited a source at the channel that airs the show confirming that Malik "is stepping down as a judge from Indian Idol".

Earlier in the day, singer Sona Mohapatra had written an open social media post to Union Women and Child Development Minister Smriti Irani asking why channels that provide employment to those who have been subject of sexual misconduct allegations mustn't be made responsible for 'normalising' the matter.

The outcry against Anu Malik began last year when he had stepped down from being the judge of Season 10 of the show. However, the channel re-instated the music composer for the new season which once again triggered a controversy, over which many, such as Sona Mohapatra, Neha Bhasin and Shweta Pandit, have been very vocal, and stood in solidarity against Anu Malik.

Over the past few days, Mohapatra's post has garnered huge support on social media, with many demanding Malik's removal from the show, or a statement from the channel. Anu Malik recently took to social media and stated that all allegations against him had been false and fabricated and that as a father of two daughters, the deeds that he had been accused of were unimaginable. He even said he was in pain due to the allegations and demanded justice for being wrongly accused.

Sona Mohapatra slammed the music composer for his statement through her post on Instagram. Sona was supported by actors Tanushree Dutta and Abhay Deol in her fight against Anu Malik.

Anu Malik's statement that he is cornered for something he has not done: 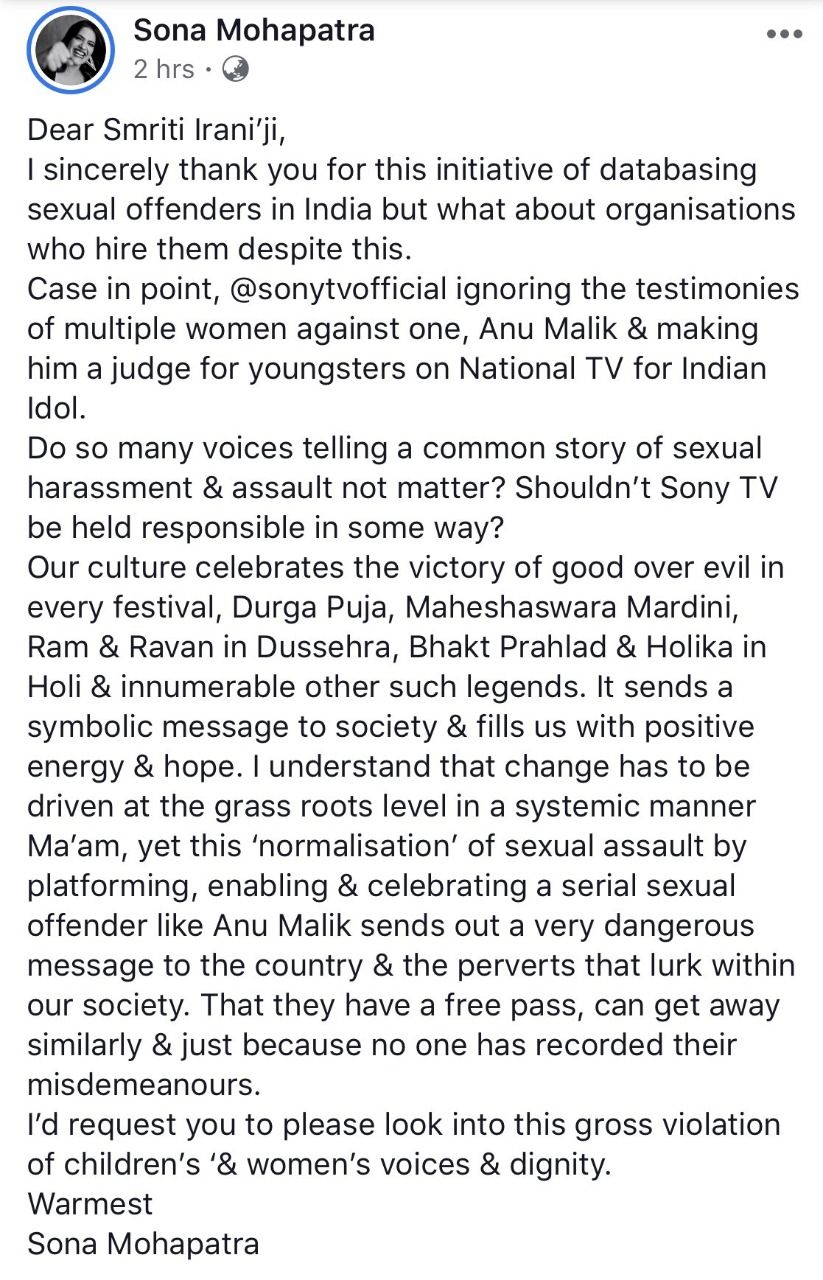