BTS' Jimin leaves fans puzzled with his "Im sorry" post on Weverse. They took to Twitter to ask what had happened. Read on to know reasons.

A recent tweet by BTS member Jimin left fans confused as he apologised on a social media platform. The fans of the K-pop musician wondered who is he apologising to and for what. It was later revealed that the singer was trying to spread awareness about an unfortunate case that has shaken South Korea.

On January 3rd, BTS member Jimin took to Weverse app and posted a picture with a message “Jungin-ah, I’m sorry”. There was no further explanation regarding the note. Check out a screenshot of the note posted by Jimin below. 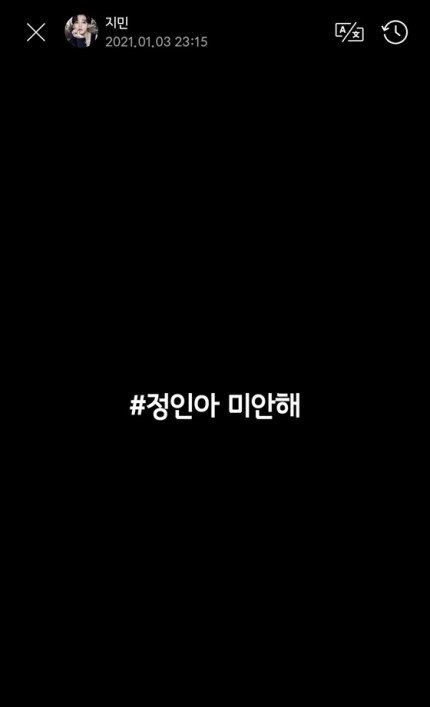 Fans left puzzled by the picture

Fans from all over the world started wondering what has Jimin done that he is saying sorry. They took to Twitter and flooded the social media platform with questions regarding the same. So the national fans of the boy band explained what the matter was about.

The South Korean fans of Jimin explained that recently an infant lost her life because of child abuse. The girl was named Jungin and she was “treated terribly by her adopted parents in Korea”. Fans further explained that the little girl lost her life, after which, people of the country started using the hashtag posted by Jimin as well, to spread awareness about it. Check out the tweet explaining the same below.

This is about an issue of 'Child abuse'. Recently a little kid 'Jungin' was treated terribly by her adopted parents in Korea and finally losing her life. #정인아_미안해 is used in Korea now.

Another fan explained that what Jimin posted on Weverse translates to “Jeongin-ah, I’m sorry”. He further thanked the musician for his effort to throw light on the matter. Check out the tweet below.

Thanks Jimin for using your voice to spread awareness on this matter.

Jimin is actually referring to baby Jung In who was brutally murdered by her adoptive parents, the post "Jung-in ah, im sorry" is a challenge/tribute for baby Jung in not only Jimin did but also to other korean celebrities and citizens, please let's just spread facts 💜 pic.twitter.com/ypk03WC5gZ

A report in AllKpop suggests that SBS aired Unanswered Questions which was about a 16-month-old Jungin. Reportedly, the infant’s mother started to abuse her after a month of adoption. Though her parents claim that her death was accidental, the medical staff states that it was due to child abuse, reports suggest.

Reportedly, Jungin had numerous bruises all over her body. Moreover, some parts of her little bones were broken and due to organ damages, her abdomen was filled with blood. Once the news came out, people on social media started using the hashtag to reinvestigate the matter and protect other kids from child abuse.