BTS Winter Package 2021: The K-pop band released the trailer of their upcoming package, fans react to Jungkook's new hair. Check out the trailer.

K-pop boy band BTS recently released a teaser of their upcoming Winter Package 2021. Along with the teaser, the label of the group posted a few pictures from the photoshoot on their official Instagram handle. The teaser was unveiled on January 26 and now has over 5 million views on YouTube. Check out the teaser for BTS Winter Package 2021.

The teaser starts with the boys lighting up a matchstick and looking at it. After this, the video pans out to scenic beauty of snow-capped mountains of Gangwon-do in South Korea, where the boys have been shooting. RM, Jin, Suga, J-Hope, Jimin, V, and Jungkook are seen wearing colour coordinated sweaters while their song 'Life Goes On' plays in the background. The members stroll around the mountains and then end up in a cabin where all of them are having fun. Check out the teaser.

Apart from this video, Big Hit Official took to their Instagram handle to upload the pictures from the photoshoot. It appears that Jungkook has coloured his hair with blue highlights and the BTS army can't seem to get over it. The army flooded the comment section with the name of their favourite artist and purple hearts. Check out the post. 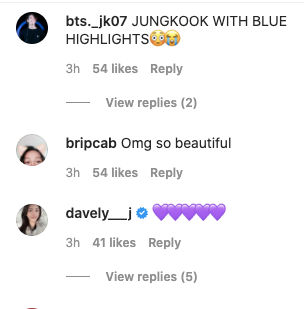 Earlier this year, Big Hit Entertainment announced the release of 'Essential Edition' of the album BE. The edition is set to release on February 19, 2021. The 'Deluxe Edition' of the same album was released in the year 2020, that topped the Billboard charts and also Grammy Nominations for the band. The album BE consists of songs like Life Goes On' Fly To My Room, Blue & Grey, Skit, Telepathy, Dis-ease, Stay and Dynamite.

Also Read: BTS to release an 'Essential Edition' of their latest album BE; check out the details

The K-pop band has been releasing BTS Summer Package which contained photoshoots and episodes of the members where they are playing games, etc. The last edition of Summer Package was in 2019 and the Winter Package took over in 2020. The package has the same content - photoshoots, DVD of behind the scenes, and the members playing games. The shooting for the package takes place in different locations. In 2020, the band was in Helsinki for the shoot and it was released on January 29, 2020.