Coldplay's lead singer Chris Martin reveals that it was BTS' Jin who suggested that both groups should collaborate before 'My Universe' happened. 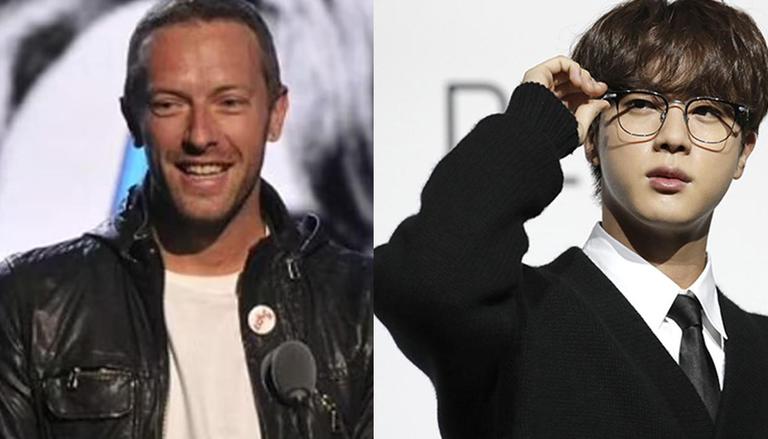 
The collaboration between British rock band Coldplay and South Korean boy band BTS for My Universe has been a treat for fans across the world. Recently, Coldplay's lead singer Chris Martin revealed that it was BTS' Jin or 'Worldwide Handsome Jin' (as he likes to refer him), who suggested that both groups should collaborate.

In a live interview with On Air With Ryan Seacrest on Friday, October 15, Chris made the revelation and also mentioned that he knew about Jin being their huge fan more than 18 months ago. He said, "At first I was like no way because the idea got suggested by Jin, Worldwide Handsome Jin from BTS, and I was like, 'I don’t know how that could ever work?'" He even mentioned that Coldplay loved the BTS boys, "One day, the song just appeared, it was a very surreal but amazing adventure and that sounds about right!"

From love yourself series, BE theme of anxiety & mental issues in the wake of covid, Comfort plushie RJ to collaboration with Legendary @coldplay - Jin behind all these and other great ideas pic.twitter.com/06d81eydu7

Since My Universe, BTS and Coldplay have reportedly shared a great friendship with each other which was shown in the video that was released on Friday. The video featured both the bands meeting in person for the first time and also showed the bands having dinner together, where Chris Martin surprised Jin, as he gifted him a guitar.

READ | BTS, Katy Perry & Dolly Parton’s outfits to be auctioned off for charity ahead of Grammys

In the video, the seven BTS members can be seen greeting Chris Martin and the rest of his band in an auditorium. They play the instruments that had been set up on stage and also had a small jam session with Coldplay as they crooned the acoustic version of My Universe. The video also features the two bands going out for dinner together, where Jin gets a pleasant surprise as Martin gifts him a guitar. Jin then says that he is probably going to preserve the guitar as an heirloom and will not play it. Martin also tuned the guitar for the young star and teaches him a few tricks on how to play it. The meet between ended as all the BTS members hugged Chris Martin and posed for a picture with him.