Drake Apologises To Kylie Jenner For Insults In Leaked Song; Says 'The Song Was Scrapped'

As seen in a statement issued by Drake on Instagram, the singer-rapper apologised to his ‘Friend’ Kylie Jenner for terming her a 'side-piece' in unreleased song

Recently, in a very public statement, Canadian singer-rapper Drake apologised to his ‘friend’ Kylie Jenner, as recently, an unreleased song took the internet by storm which was aimed at Kylie Jenner. If the reports are to be believed, the unreleased track comprises of several crude references to Kylie Jenner, Gigi Hadid, Travis Scott and Kendall Jenner. The singer took to his Instagram handle to put conjectures and rumours to rest. Take a look.

Here is what Drake wrote on Instagram: “A song that Mark ran last night on night owl sound live set shouldn't have been played. It's a song that leaked 3 years ago and got scrapped shortly after. He was going to keep in the drake/future catalogue. The last thing I would want to do is wake up having any friends of mine feeling disrespected so I just had to say that to start off the day”. 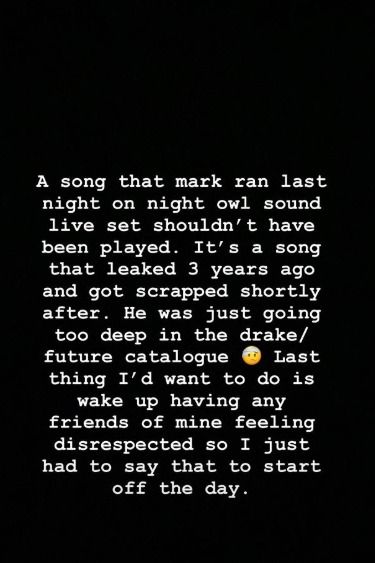 If the reports are to be believed, singer Drake and Kylie had a short-lived romance at the end of 2019, post the latter's public split from Travis Scott. As per reports, the stars were found flirting at Drake’s 33rd birthday party. Several pictures from the star-studded event took the internet by storm, which gave fans gossip fodder. Reportedly, Drake called it quits with Kylie Jenner as he thought they were better off as friends.

Beauty mogul and businesswoman, Kylie Jenner is one of the few celebrities in Hollywood who have launched their own business ventures. While stars like Sandra Bullock and Kate Hudson have already made it big in the business world and have managed to maintain a successful balance between both their careers, Kylie Jenner, too, has managed to hit the high notes with her cosmetic company, Kylie Cosmetics. Reportedly, the company has been valued at $ 800 million by a popular magazine.

WE RECOMMEND
3 weeks ago
Steph Curry claims he doesn't mind Drake trash-talk even though it goes too far sometimes
3 weeks ago
Here's a brief history of Rihanna's relationships; from Drake to Travis Scott
2 weeks ago
Drake basketball court called 'The Sanctuary' at Toronto mansion is simply astonishing