Justin Bieber recently revealed that he has been diagnosed with Ramsay Hunt syndrome leading to facial paralysis. Read on to know more. 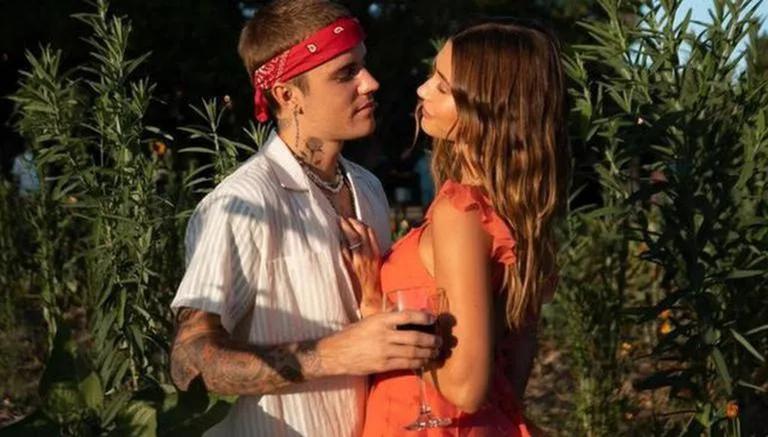 
Justin Bieber recently revealed that he was diagnosed with Ramsay Hunt Syndrome resulting in partial face paralysis. Following the announcement, the Canadian singer postponed his shows and asked for understanding from his fans as he embarks on a long journey of recovering from the condition.

Throughout the ordeal, Bieber received overwhelming support from his fans and loved ones. In particular his wife Hailey Bieber. Notably, the latter had also suffered from a medical scare when she revealed in March that she was diagnosed with a grade 5 PFO—a small opening in the heat—which was fixed after she underwent the procedure.

As per a report from People Magazine, a source close to the 28-year-old revealed that the Sorry singer and his wife Hailey are 'unbreakable' post former's medical scare.

''Hailey has been so supportive of Justin, just like he supported her with her health issues,'' the source revealed.

As mentioned earlier, Bieber postponed the U.S. leg of his Justice world tour and continued to share updates on his health via social media to concerned fans. The source also revealed that it has been 'rough' on the singer on the singer and added, ''There is nothing he can do to speed up the recovery, so he just has to be patient. He is supposed to take his medications, rest and eat nutritious food."

What happened to Justin Bieber?

In the post revealing his medical condition, Justin Bieber said, ''As you can see, this eye is not blinking. I can't smile on this side of my face. This nostril will not move. So there's full paralysis in this side of my face. So for those who are frustrated with my cancellation of the next shows, I'm just physically obviously not capable of doing them.''

''This is pretty serious, as you can see. I wish this wasn't the case, but obviously, my body's telling me I gotta slow down,'' he had added. On the other hand, Hailey had told Good Morning America, ''Justin is doing really well. He’s getting better every single day. He's feeling a lot better and, obviously, it was just a very scary and random situation to happen but he's going to be totally OK.''

READ | Justin Bieber pens sweet note for dad Jeremy Bieber; 'Best is still ahead of us'