Taylor Swift is one of the most successful pop artists on the planet. Apart from delivering these rhythmic tracks, she is known for a her powerful songwriting. 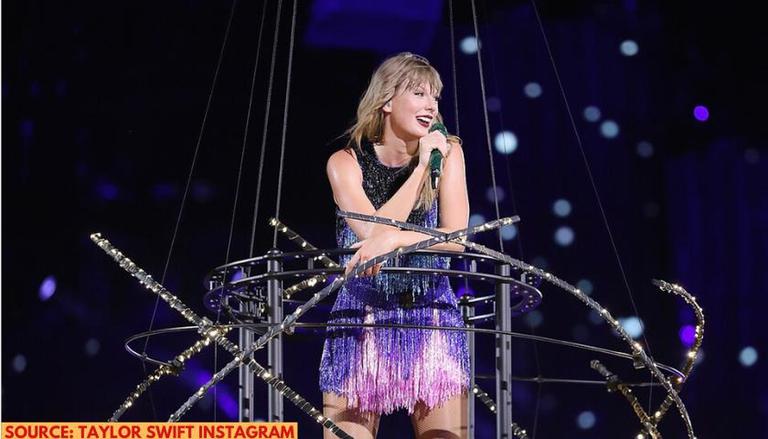 American singer Taylor Swift has been ruling charts for more than a decade. The country artist-turned-pop queen has delivered several back-to-back hits. One of the major reasons for Taylor Swift’s success is her power-packed songwriting. The selling point of these lyrics are the bridges in each of these songs. Taylor is known for her first verse/ chorus/ second verse/ chorus/ bridge combination. So here are some of Taylor Swift’s best song bridges.

Dress is one of the most underrated songs from Taylor Swift’s sixth album Reputation. The song’s chorus gives you a perfect description of the song’s vibe. Apart from its sexy chorus, the bridge of the song also gives a fair idea about how Taylor Swift’s romance with Joe Alwyn started at he MET Gala (“Flashback when you met me/ Your buzzcut and my hair bleached”). The second bridge in this song gives a reference to Taylor romance with Tom Hiddleston and all the other controversies that followed. “Flashback to my mistakes/ my rebounds, my earthquakes/ Even in my worst light, you saw the truth in me”.

Taylor Swift’s most successful album to date has been 1989. The song Shake It Off from this album was not bold and poppy but was filled with lyrics with a new attitude. Surprisingly Taylor Swift’s rap/ bridge version was one of the selling points of the song. The lyrics went like “My ex-man brought his new girlfriend, she’s like oh my god/ I’m just gonna shake/ until the fella over there with the hella good hair”.

Another lyrically powerful track from 1989 is Wildest Dreams. The song’s visuals give more power to the song’s lyrics. This song is considered to be Taylor Swift’s first dive into writing about sex and intimate moments between a couple. The bridge of the song prominently shows this vibe. It goes like, “You’ll see me in hindsight/ tangled up with you all night/ burning it down/ someday when you leave me/ I bet these memories will follow you around”.

Taylor swift’s song All Too Well is al tell-all tale about her relationship with actor Jake Gyllenhaal. This song is considered to be a lyrical masterpiece by the then-country singer. Apart from discussing the happy moments from her relationship, it also describes how bitterly it ended. The bridge of this song prominently shows the heartbreak that Taylor experienced (you call me up again just to break me like a promise/ so casually so cruel in the name of being honest/ I’m crumpled up piece of paper lying here).

Also read | Taylor Swift's Quiz: Can You Guess The Artist's Album Name By Its Cover?