Tony Bennett’s Wife Opens Up On His Battle With Alzheimer's; 'He Doesn't Know He Has It'

Tony Bennett’s wife Susan Crow revealed that the singer doesn't know he has Alzheimer's disease, but thankfully still remembers her and his kids. 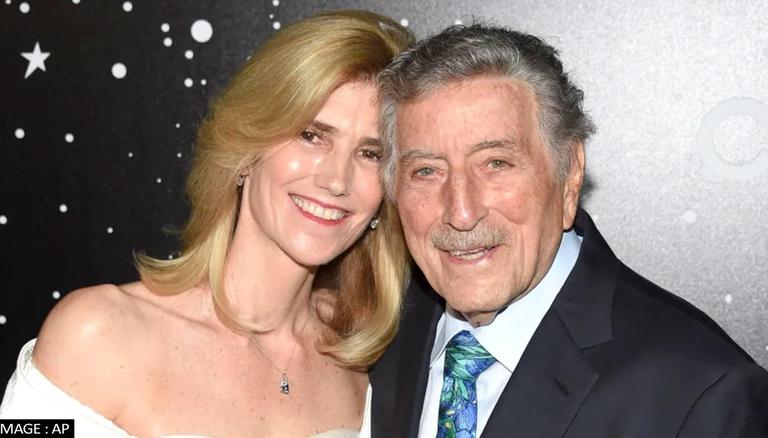 
Despite being diagnosed with Alzheimer's disease, singer Tony Bennett didn't fail to charm the audience with his performance alongside pop icon Lady Gaga at the Radio City Music Hall in NYC in August for their album Love for Sale. In an interview with Anderson Cooper on 60 Minutes, the singer's wife Susan Crow opened up about his battle with the disease, revealing that 'he doesn't know he has it'.

Stating that 'every day is different', the 55-year-old added that Tony is different at night, while sometimes he's more alert early in the morning. 'Thank Goodness', she exclaimed, while mentioning that he still recognizes her and his children and that they were blessed in a lot of ways. The 95-year-old singer was first diagnosed with the disease in 2017.

Tony Bennett's wife on his battle with Alzheimer's

As per The US Sun's reports, in an interview with Cooper, Susan Crow mentioned that Bennett is 'very sweet' but has no idea of his battle with the disease. Susan and Tony tied the knot in 2007, however, they don't share any kids together. The Because of You singer shares sons Danny and Dae with first wife Patricia Beech, and daughters Joanna and Antonia with ex Sandra Grant Bennett.

Due to the slow progression of his disease, which was diagnosed in 2017, the singer continued to perform and record music till August 2021, his last on-stage performance being with Lady Gaga. Gaga revealed that the 2021 album, Love for Sale, would be her final album with Bennett, after his diagnosis. The first time the two musical icons got together was for the cover of The Lady Is a Tramp for Duets II, Bennett's 2011 album post which they also collaborated and toured for the Cheek to Cheek album between 2014 and 2015.

Tony Bennett has been a trailblazing artist, having bagged 20 Grammy Awards, and two Primetime Emmy Awards for his contribution to music. Tony has sold over 50 million records worldwide and his first number-one popular song came out in 1951. He is also the founder of the Frank Sinatra School of the Arts in New York.

READ | Lady Gaga and Tony Bennett drop trailer of their album 'Love For Sale'
READ | ‘Love for Sale’: Lady Gaga breaks down as Tony Bennett sketches her for album cover