Korean pop bands are signed up with their agency on a contractual basis. Read ahead to know which of the popular bands might disband or are up for renewals. 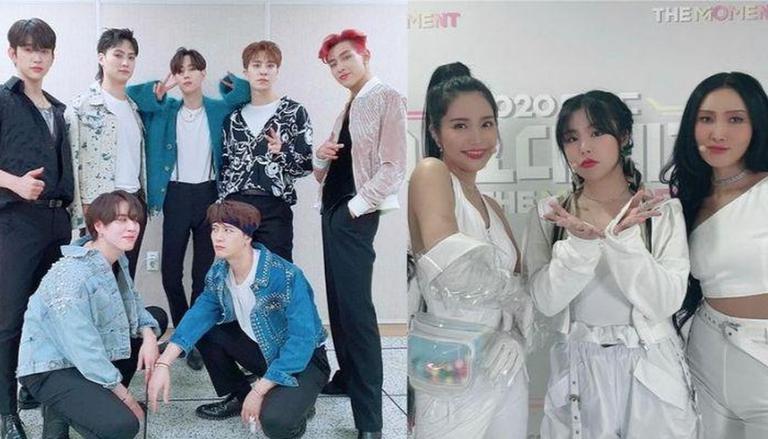 Korean pop bands are making waves all over the world because of their unique music style. Several of these pop bands have gathered a huge fan following over all these years. Korean bands are managed through agencies and on contact basis. As per a new law implemented by the Korean government, the contracts of Korean pop stars have been capped at a maximum of seven years. This means that the bands which debuted in 2014 are up for their contract renewals. There are reports that a few of the most popular of these Korean bands might disband in 2021. Read ahead to know which bands might those be.

This band debuted in 2014 and is up for the renewal of their contract in this month. According to a report by Koreanboo, the band has openly talked about the 7-year jinx, which means that most bands break up after seven years or even earlier. But they have refuted the rumours of disbanding as the claim that it would be difficult to promote their songs along and would their teammates by their sides.

This girl band, too, made their musical debut in 2014 and are up for the renewal of their contracts. Mamamoo's members have started their solo musical career simultaneously as well. They have even collaborated with other artists for their solo songs. This means that Mamamoo's members likely would not leave the group but an official announcement is awaited on their status.

This is one of the most popular Korean bands currently. The group made their debut in 2016 and this means that their contract will expire in 2023. For those wondering will Blackpink disband, the answer appears to be no.

This band landed in trouble due to Irene's bad attitude. Red Velvet's controversy surrounded Irene after she had verbally abused a photographer during a photoshoot. Red Velvet's controversy put pressure on the band and the agency to let Irene go because of her attitude. The band has also not received enough solo promotion as well. Currently, it is up to the agency whether they will disband to not.